Madonna with adopted children David Banda and Mercy James Malawian judiciary spokesman Mlenga Mvula told Reuters that the Material Girl singer, 58, was present at the country's High Court in its capital Lilongwe on Tuesday (07Feb17) when Justice Fiona Mwale ruled in her favour. "Today the High Court made a ruling that she should go ahead and adopt the two children," Mvula said. "In fact, at the time we were granting her the permission she was in the courtroom with her lawyers." News the singer was trying to adopt again broke last month, when it was revealed she had filed adoption paperwork with Malawi's court system in respect of four-year-old twin girls, Esther and Stella. 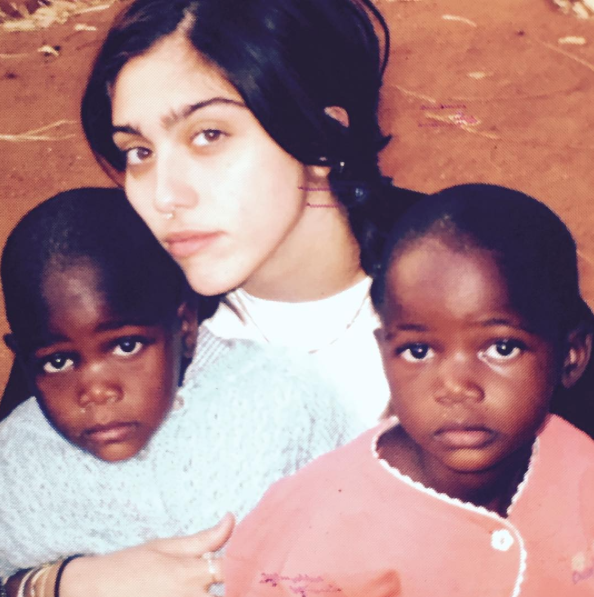 Madonna's daughter Lourdes with twins Esther and Stella  Madonna initially denied the reports, but Malawian officials confirmed they had received adoption paperwork from the musician's lawyers. If she goes through with the adoption, her newest adoptive children will be the third and fourth youngsters she has adopted from the nation where she has her own charitable foundation. Alongside her husband ex-Guy Ritchie she adopted a baby boy, David, from a Malawian orphanage in 2006. Then in 2009 she adopted a second Malawian child, Mercy James, after she had split from the Snatch director. Both children are now 11 years old. She also has two biological children, Rocco, 16, with Ritchie, and Lourdes, 20, by Cuban actor Carlos Leon. Editors at Britain's Daily Mirror newspaper report that although Madonna is free to take the children to her home in the U.S., she will be under observation by court officials for a year before the adoption is rubber stamped, and must submit a home study to Malawian authorities. Since 2006, Madonna's Raising Malawi charity has funded a number of educational and health programmes in the country, one of the world's poorest. © Cover Media