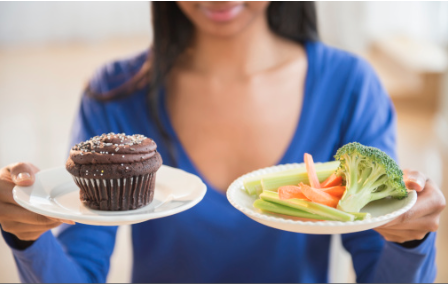 Researchers from North Carolina State University, led by Dr Carolyn Dunn, looked into how much weight a group of 80 people lost after trying two different diet approaches, with one being the Eat Smart, Move More, Weigh Less (ESMMWL) programme.

This includes paying attention to hunger and fullness cues, planning meals and snacks and eating as a singular activity instead of chowing down while you’re doing other tasks. Mindful eating can also include having just one or two bites of higher calorie vice foods and savouring the flavour.

Forty-two of the participants started on the 15-week ESMMWL course, while the remaining 38 became the control group while on the waiting list for the programme, and devised their own healthy eating plan.

After 15 weeks on the two diets, results showed that the mindfulness group lost an average of 4.2lbs, while the other group shed only 0.6lbs.

"Results suggest that there is a beneficial association between mindful eating and weight loss. The current study contributes to the mindfulness literature as there are very few studies that employed rigorous methodology to examine the effectiveness of an intervention on mindful eating," authors said.

Results have been presented at the 2017 European Congress on Obesity (ECO) in Porto, Portugal.