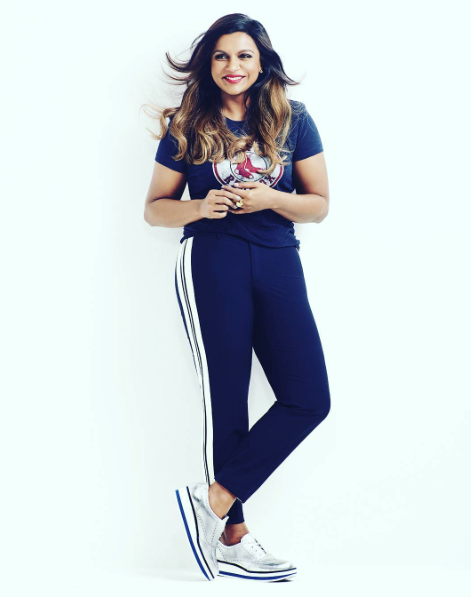 Fans of the popular TV show were dismayed in 2015 when Fox cancelled it, but the series was quickly picked up by American subscription demand service Hulu. Costume designer Salvador Perez has been working on the show since its start in 2012, and has helped make bold colours synonymous with the 37-year-old actress.

"Part of a costume designer's job is to help the story move along," Salvador told The Hollywood Reporter. "People may not realise but for every episode, there's at least one custom-made garment - sometimes two."

The number of custom-made pieces have grown over the years, because star and show creator Mindy got “greedy” with the one-off designs.

“We started doing these custom pieces, a couple a year, and they'd be big deals, but then I started getting greedy and I said, 'Sal, I want one per episode.' It's an enormous amount of work, but he did it,” Mindy smiled.

“I talk silhouettes with Mindy, I’ll have a sketch done," Salvador explained. "Then shop fabrics and make a pattern of it and then take that pattern to the actual fabric, cut the outfit out and then we’ll start sewing.”

Salvador’s team praise the designer for his vision and ideas, and Mindy herself thinks the costumes on her show are able to help viewers use clothes as a way to express themselves.

“So many fans of the show are girls of all different shapes and sizes. Magazines and fashion experts are always telling women who don’t look like models what they can and cannot wear,” she shared. “For this show we’re just like throwing it out the window. Girls can see that and be like, ‘Oh, all the stuff I’ve heard is not true. I can pull off lots of looks’.”