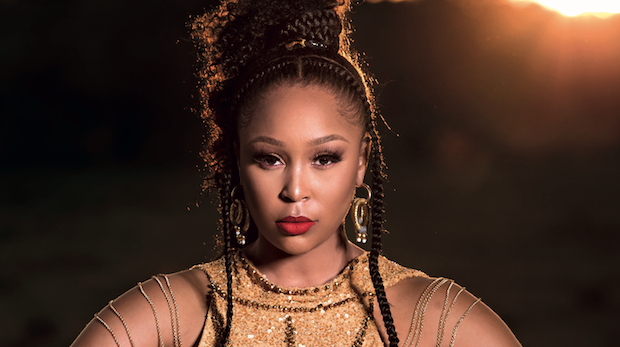 Minnie first burst onto our screens in 2010 as a presenter of various sport and music shows. She later moved to acting in her debut on M-Net’s soapie The Wild, and later joined Mzansi Magic’s Sunday night drama, Rockville. 2017 saw South Africans get a rare glimpse into her very private life leading up to her glamorous nuptials in a three-part reality series titled Becoming Mrs Jones. Minnie currently co-hosts Mzansi Magic’s lifestyle-meets-sports show Homeground, which features live celebrity interviews, and the hottest sporting highlights from the week.

Minnie is more than thrilled to be presenting this exciting event. “Being part of the MultiChoice family has been a great honour for me not only as part of the productions that I work on, but to have the team bestow such a big responsibility is something I do not take for granted. A production of this magnitude has no do overs and my greatest wish is to make all the viewers proud of my work as they are the people we are celebrating on the day” said Minnie Dlamini in a statement issued on behalf of Multichoice.

The star-studded ceremony, will be broadcast live from the Ticketpro Dome on Saturday 14 March 2020. The awards, which are voted for by the public, aim to honour the year’s biggest achievers across 11 different entertainment categories, and to award the nominee who earns the highest overall number of votes as: The Ultimate Viewers’ Choice,  this hotly contested race demands that the winner get over million votes!

“MultiChoice prides itself at being at the forefront of storytelling on the continent and appreciates the fact that part of that process in bringing the magic to South African homes is working with the greatest talent the country has to offer”, said Simon Camerer, Chief Customer Officer at MultiChoice South Africa.

A fan of the Minnie Dlamini brand, Simon further added, “it is going to be a night to remember with Minnie at the helm of this year’s awards. Nomsa Philiso, Director of Local Interest Channels is equally delighted to have Minnie as a part of this prestigious evening. “Minnie Dlamini has been nothing short of incredible on the various shows we have worked with her on - on our platform. As part of our channel family, we have nothing but unwavering confidence in her upcoming performance. She will definitely razzle the audience on the night!”, said Philiso.