Not all baby mamas are from hell Radio producer and author Msizi E Nkosi helps us deal with the unnecessary drama that can come with co-parenting. 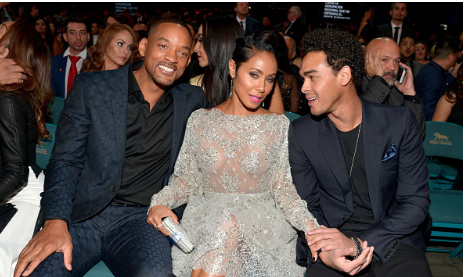 In an ideal world, we’d only have children with people we are married to and never get divorced. But this aint no ideal world as sometimes relationships don’t survive, and there are children involved. Then, you both move on, but you now have to co-parent. A scary thought, right? But, I feel like baby mamas get a bad wrap as if they are the only one’s creating tension in new relationships. As adults, you all have control on how this co-parenting thing goes, and it should be about making sure that the child is happy and healthy, and not dealing with fights among parents and their new partners. Imagine a world where the baby mama and current wife/girlfriend get along, the biggest winner there is not the guy, but the child. I’m not going to use the word ‘baby mama’ again because I can see someone’s nose starting to sweat with anger as there’s a negative connotation associated with the word. Sometimes it’s the current partner who has issues; not the mother of his child. I’d assume those issues are fueled by insecurities; maybe she knows what a great relationship her man had with the mother of his child. She fears they might someday want to rekindle that old spark. Maybe it’s important that before you commit to someone who has a child from a previous relationship, find out what led to the break up. Some reasons (behind the break-ups) spell it out very clearly that these two shall never kiss and make up, whilst some reasons will drive you to the nearest bottle store. If your guy tells you he broke up with the mother of his child because she found a job in Dubai…you’d be justified to climb the walls with anxiety now that she’s permanently back in the country, and it’ll be understandable that you need some reassurance. But, he’s moved on now, and he’s with you. Did I earlier say some reasons behind the break-up spell it out clear they’ll never get back together again? If they broke up because she cheated on him, you may be safe. Guys never really forgive a woman who cheated on them. The most important thing though, is that he’s with you now, the uncomfortable part is that he has a child with another woman (from his past) and she’ll always be a part of his life. Here’s the difficult part – find a way to get along with her. I’m not suggesting you send her Facebook friend requests and go watch movies together (Though you may need one date for a woman-to-woman real talk). But, find a way to assure her that her child is very safe with you. This part is trickier if you don’t yet have a child with your man because the mother of his child may often think she has a trump card you don’t have. She’ll even remind you of this if you are in the habit of engaging in screaming matches with her. I know there ARE some women who will make a peaceful co-parenting impossible. But, contrary to the horror stories you may have heard – not all baby mamas (oops, I used that word again) are from hell. And if you’re planning a future together with your man, you don’t really want life-long bickering that will affect the child and your future children negatively. If you also have a child with this guy, please do encourage bonding between your child and his stepsibling.