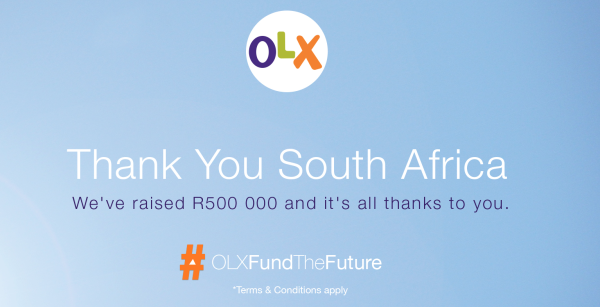 OLX has had a continued focus on education over recent months, they announced this week that they will be donating up to R500 000 towards student bursaries. OLX has continued to focus on education by starting a campaign called #OLXfundthefuture. In February they announced that the will be donating two R50 000 bursaries for 2016, the response they received was exceptional. They were not only inspired by the large number of submissions received, but by the passion and determination of the students in need of assistance. This attributed to OLX donating a further R500 000 towards tertiary education costs, and asking the public to help achieve this mission. For every ad posted on their site and App OLX donated R10 towards the student bursary fund.