Rihanna stuns as a futuristic queen The pop mega star stuns in W magazine's "collectible" September 2016 issue, which was put together by i-D founder and art director Terry Jones and photographed by Steven Klein. 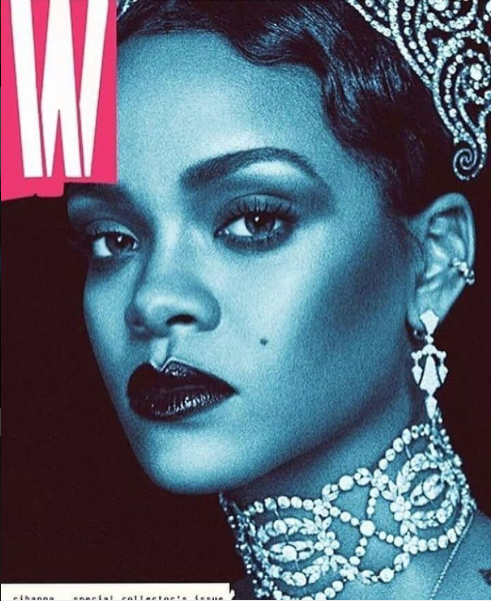 On the issue's dual covers, Rihanna is cast as a queen in wartime and peacetime, which is apparently a nod to both the 40th anniversary of the emergence of punk and the recent 90th birthday of Britain's Queen Elizabeth II. In the image depicting peace, she's rendered in black-and-white, wearing an elaborate diamond choker and tiara. While in the war scene, she is in full colour, a burning sky in the backdrop with rubies encrusting her lips and gold tears streaming down her cheeks. The jewellery for the shoot was supplied by Cartier, and was flown over from the U.K. to New York by five members of the luxury jeweller's team, according to W magazine. Images: Rihanna daily Instagram.