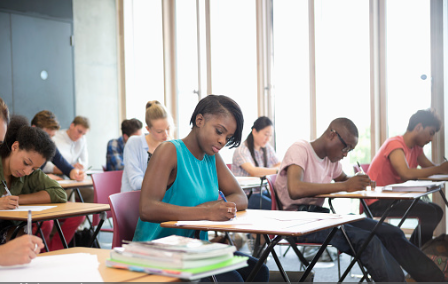 Researchers at Penn State University's Center for Collegiate Mental Health in Pennsylvania have discovered the number of young people suffering higher levels of anxiety, depression and suicidal thoughts in the U.S. doubled in 2016. These results may be due to youngsters choosing to move away from home and feeling pressured into having alcohol and drugs.

With the National Alliance on Mental Illness noting 75 per cent of mental health conditions starting before people turn 24, experts have stressed how important this period is for those in their early 20s.

Data from a total of 139 colleges and universities across the nation was analysed and results showed 61 per cent of students who visited their site's mental health facility had high levels of anxiety, while almost 50 per cent reported depression.

Furthermore, 45 per cent showed high levels of stress while 26 per cent admitted they had put themselves at harm on purpose, with 33 per cent confessing suicidal thoughts.

Nance Roy, the clinical director at suicide prevention centre JED Foundation which works with colleges on such issues, said to NBC 10 News, "These issues need to become campus-wide responsibilities from a public health point of view and can no longer be relegated to the health and counselling centres, which is primarily who has been responsible."

"This generation has grown up with instant access via the internet to everything. This has led to challenges with frustration tolerance and delaying gratification," Judith Green, director of counselling for Ramapo College in New Jersey, added.