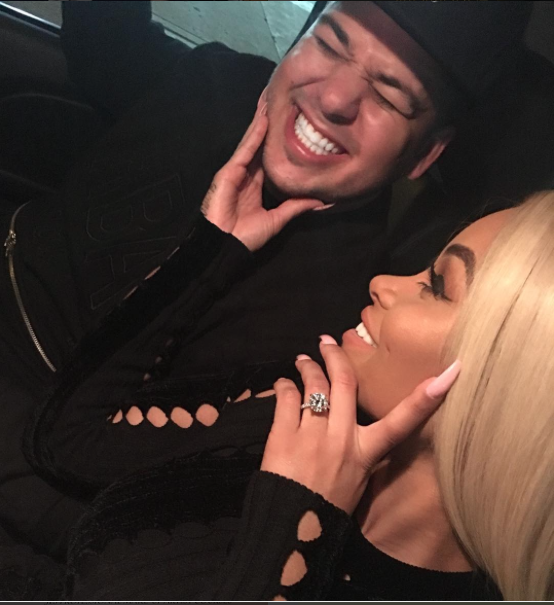 Kim Kardashian's brother, 29, announced his engagement to the model in April (16) after a whirlwind romance, and last month (May16), the couple revealed it was expecting its first child together.

The parents-to-be have been in negotiations to film a Keeping Up With the Kardashians spin-off, and now bosses at America's E! network have confirmed they will appear in a new six-episode docu-series, which will air later this year (16).

Tentatively titled Rob & Chyna, the hour-long episodes will follow the lovebirds as they prepare to start their own family.

"Very few love stories have created as much pop culture buzz as Rob and Chyna's, and we are thrilled to see Rob in such a happy place," explains Jeff Olde, Executive Vice President of Original Programming & Development at E!. "We are excited to share the next chapter in their relationship."

The couple will also film a follow-up special once the child is born later this year (16).

Ironically, Rob, who previously shunned his family's reality show after piling on the pounds and becoming a recluse prior to his new romance, recently admitted he was looking forward to becoming a dad, but claimed he wanted to keep his new family life low-key.

"It's my first time, so everything is exciting, literally," Rob told E! News in early May (16), in his first on-camera interview in more than two years. "I'm happy and I just like to keep it, you know, keep it private... as private as can be."

The baby will be Rob's first, while the 28-year-old model has a three-year-old son, King Cairo, from her relationship with ex-fiance, rapper Tyga, who recently split from Rob's half-sister, Kylie Jenner.