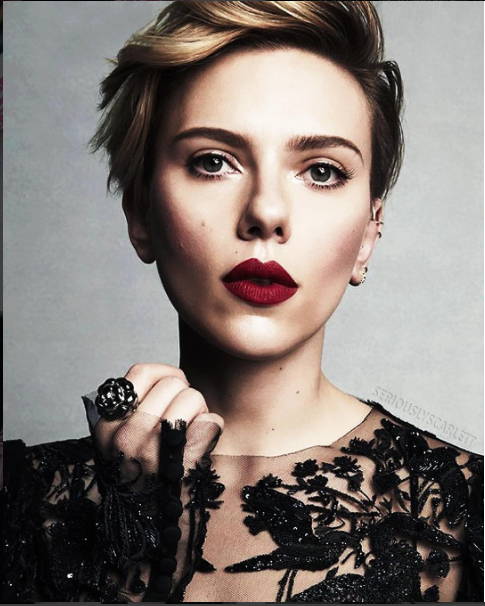 The Captain America: Civil War star, who has been married twice, explains she respects the idea of being true to one person, but she doesn't find it easy. "...You have to choose a path," she tells Playboy magazine. "I think the idea of marriage is very romantic; it's a beautiful idea, and the practice of it can be a very beautiful thing. I don't think it's natural to be a monogamous person. I might be skewered for that, but I think it's work. It's a lot of work. And the fact that it is such work for so many people - for everyone - the fact of that proves that it is not a natural thing. It's something I have a lot of respect for and have participated in, but I think it definitely goes against some instinct to look beyond."

The 32-year-old was previously married to actor Ryan Reynolds from 2008 to 2011. In 2014, she wed Romain Dauriac. The two are parents to two-year-old Rose Dorothy. Last month (Jan17), it was reported the couple split in the summer (16). Scarlett has not commented on the breakup rumours and it is unclear when her interview with the publication took place. But, in the article, she does reveal the relationship changed after the nuptials.

"...It felt different," she says. "I had a really young baby at the time, so that also - our family dynamic was just different. I don't know. Whatever that is, the thing you can't fully put words to, it changed."

However, she insists the transition of welcoming a baby and Romain moving from his native France to New York was a smooth process.

"I had a baby, and also my husband was coming from another country and becoming a citizen of this country," she explains. "It was a huge transition for both of us, and certainly for him - moving here, committing to the (United) States. But I think my husband has embraced America, and New York in particular, in this really endearing way. He was making meatballs the other night, actually. I wasn't home. I was away, and he sent me a picture. He was like, 'I'm a real New Yorker, and I love The Sopranos!' I was just, 'You go, babe'."