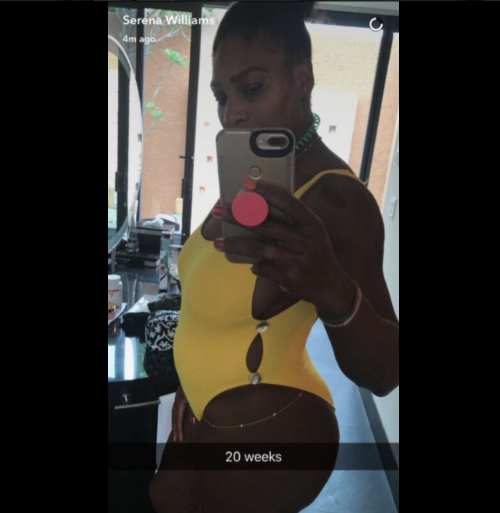 Williams is engaged to Reddit co-founder Alexis Ohanian, 33. This will be their first child.

The big reveal came a day after the loved-up couple shared a post-Easter snap from a beach vacation.

Serena and tech entrepreneur Alexis announced their engagement in the form of a poem on 29 December (16) via Reddit.

Serena wrote: "I came home. A little late. Someone had a bag packed for me. And a carriage waited. Destination: Rome..."

She went on to reveal she and Alexis were first introduced in the romantic Italian city, and called Rome "the place where our stars first collided". The tennis star then described the moment Alexis popped the question to her, revealing the proposal took place at the venue where they first met.

"At the same table we first met by chance, this time he made it not by chance, but by choice," she wrote. She ended the sweet poem by adding: "Down on one knee, he said 4 words... And I said yes."

Serena, who first met the 33-year-old entrepreneur in 2015, revealed her family plans last year (16), telling America's Glamour magazine, "I definitely want to have kids one day. That's always something I've wanted as long as I could remember. And the older I get, the more I'm like, 'I'm too young!'

"Hopefully I'll be able to mature one of these days, get serious, and at least have them (kids) pretty fast."

Ohanian is the latest in a long line of suitors for Serena - she has also dated filmmaker Brett Ratner, basketball player Amar'e Stoudemire, and rapper Common.