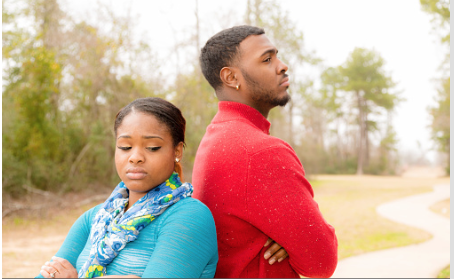 More often than not, women never know when they’re dating a jerk until someone makes them aware of it. Here are the tell tale signs to look out for. It’s his way or the highway

Anything that concerns your relationship has to decided by him. From dates, to what you wear or who you can hang out with. You’re opinion doesn’t really matter to him, hence he dislikes it when you disagreee with him.

You basically have to work around his schedule and he’s never available when you need him. In case of emergencies he’s the last person you’d call before you know he’s hardly there for you.

He loves your body more than your personality

His ideal date involves just having sex. Having grown up conversations isn’t something he ever wants to do. Whenever you’re out, you have to dress according to his ‘standards’ because he likes showing you off to his friends.

He jokes in an insulting manner

If he isn’t comenting on your weight, it’s your dress sense or anything that makes you feel insulted. He never feel that his jokes are insulting hence you never get any apologies.

You put in more effort than he does

Amongst the two of you, it seems you’re the only one willing to keep the spark alive, but your efforts always go unnoticed. You’re always planning activities for the two of you and instead of showing appreciation, he tells you it isn’t a big deal.

He’s all talk and no action

He’ll make all the promises under the sun but fulfilling them is something totally different. His actions are often contradicting what comes from his mouth.

Whether he is in the wrong or not, an apology isn’t something you can ever expect from him. He constantly tells you to get over it and that you’re overeacting to matters that if tables were turned, he would also be upset.