Break-ups are bad enough in and of themselves. Throwing a bit of “social media oil” to the fire can only lead to more trouble than it’s worth. All it takes is one screenshot of that post to reach the wrong person, and BOOM! It all gets blown up in your face. So when it comes to a broken heart, it’s best to heal the old fashioned way. Besides, what better way to show your ex what they’re missing than by getting over them? 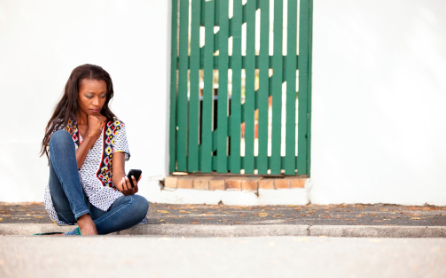 After a break-up it’s very tempting to block the ex from all your social media feeds. But, chances are that the temptation to stalk him through another (possibly made up) account “just to stay updated on his whereabouts” is too hard to resist. But resist this urge you must! How are you ever going to recover and let your heart heal if you're wasting hours worrying about what his latest posts really mean, or obsessing over the girl in that photo he posted last night? Honey, he just isn’t worth the energy.

Getting into flirty chat with someone on social media that you know your ex will see (and get jealous of) is sure to reflect poorly on you. Public flirting right after a break-up reads pretty plainly as a "go to hell" to your ex, which doesn’t exactly leave you basking in the best light. Get over the break-up first and then you can flirt with whomever catches your eye. Now is the time to be the bigger person.

Don’t fake it, honey – you just do you

One of the worst things you can do is to pretend you’re fine on news feeds and timelines, while inside you’re a puddle of hurt. Live whatever it is you’re feeling – the only way out of this mess of emotions is to work through them. It’s normal to have days where all you do is your eyes out, and of course you’re going to be angry. But what comes after these stages is key: acceptance and healing. The statuses and pictures you post in an effort to show him that you’re over him and living your best life won’t change how you feel. What’s more, is he’s probably not even looking at your posts anyway, so save those happy pictures and posts for times when you’re actually really happy.

Removing pictures of you and your ex together in happier times from your Facebook or Instagram profiles screams “attention seeker”. You know your friends and followers will notice the change, and soon you’ll be deeper in the grief than you were before. Besides, you might regret your reaction later on, and maybe even appreciate the chance to look back on the memories once you’ve healed. We can never erase the past – and there’s a reason for that.