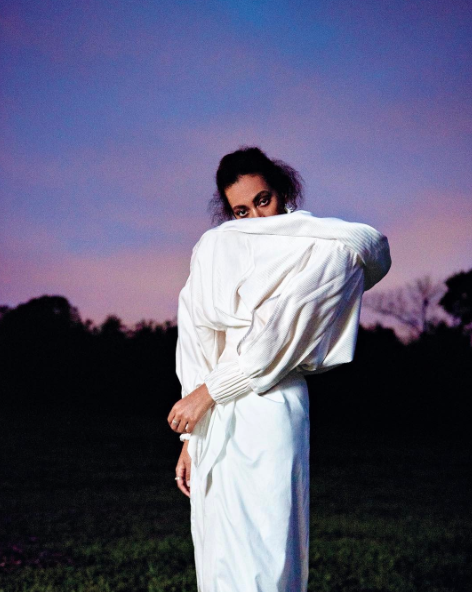 R&B star Solange has dubbed the year she became a pregnant teenage bride the "hardest" 12 months of her life in a letter to her younger self.

The Cranes in the Sky singer has reflected on the highs and lows of her life and career in a new article for Teen Vogue magazine, and in the lengthy letter, she warns herself to be prepared for big changes, both good and bad, as she matures into a young woman. Beyonce's younger sister goes on to recall the various music and fashion phases she went through during her youth as she tried to find her own identity, and acknowledges the criticism she faced along the way, when she was often called "crazy, ugly, attention-seeking, weirdo".

Solange then turns the attention to the toughest challenge she has had to overcome to date.

"seventeen will be the hardest year of your life," she shares. "it will grow you up (sic) almost immediately. you will lose your best friend whom you love so much to gun violence in a single moment, and give birth to a new one within a year."

Describing how she felt as she became a mother to son Julez with her now ex-husband Daniel Smith, she continues: "you will be terrified, and it's ok that you don't know what the future holds. some people will count you out because of the decision you've made to bring another life into the world so young, but you made the decision out of love and will live with the decision in love."

Wrapping up the letter, Solange, now 30, urges her younger self to embrace the "pain", "beauty", and "the unknown", concluding with a message of self-love: "most importantly, there will be you. a whole, whole lot of it," she adds. "and you will feel good about who she is and who she is still becoming."