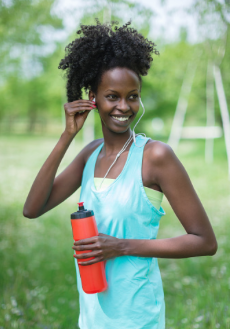 Sports drinks have been found to actually lower exercise performance rather than improve it. Researchers from the University of East Anglia and the University of Cambridge monitored 19 competitive swimmers who took part in 1,118 races and looked into how consuming one of the beverages affected their results.

Results showed that guzzling down on a sports drink before a race made no positive difference to the swimmers’ speeds and, if anything, speeds were actually lower with the product when compared to drinking just water or nothing at all.

Swimmers were three-tenths faster if they drank nothing compared to water or a sports drink and a tenth faster on water than they were on a sports drink.

The academics pointed out these findings would more than likely prove to be the same in any physical activity, even cycling or running.

While no drink names were shared, the researchers did confirm it took into account all the popular beverages on offer, including Powerade and Lucozade.

“People who drink a sports drink in the belief that it's going to make them swim faster are mistaken,” Dr. Graham Briars, lead author from the University of East Anglia, said when presenting the study at the Royal College of Paediatrics and Child Health Annual Conference in Birmingham, England, recently.

“We can't see any reason why this should not apply to other sports. We haven't tested them and we can't say definitively.”

Such sports drinks, which are full of sugar and electrolytes, promise hydration throughout exercise, thus suggesting performance will be better.

The amount of sugar in the beverages has caused concern, with previous research by Cardiff University linking it to obesity and heart disease in teenagers.