Spotting a guy with mommy issues 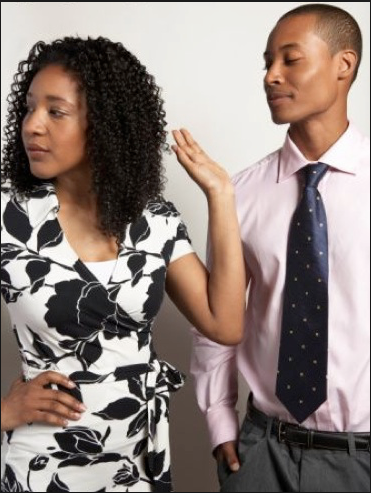 Mothers are important in a man’s life, they help them transition from boys to men and are partly responsible for the way they treat women. Psychotherapist Beatty Cohan says whilst it’s not always advisible to leave a partner in need, know that your relationship will reach a toxic level and you’ll have to take the decision that will benefit you in the end.

He never wants to speak about his mom

He’s quite the opposite to the mama’s boy, this one wants nothing to do with his mother. You’re left wondering as to whether she’s still alive, if they had a fight or they just don’t get along. The tough part about it is you’ll never really get to the bottom of it until he really trusts you, which can take time to happen.

Due to the situation with his mom, he can’t seem to trust any woman because she once trusted her and she let her down. If you ever have to convice him of whereabouts, take it as a sign of lack of trust which stems from the mother.

He never got proper teachings of how a woman is to be treated so don’t expect that he will be the most respectful person. This, combined with anger towards women, is a recipe for disaster. Life coach Patty Blue Hayes mentions that these kind of men never apologise, they will blame you and make you doubt your emotions.

He always expects the worst from you

Whatever you do, regarless of how good of a gesture it can be, he always thinks you’ve got something against him. His mom left, so did his previous girlfriends, hence he thinks you’re going to do the same.

Dating him means you’ll have no life, literally! He believes you don’t need friends or family hence maintaining these relationships will be impossible. He constantly needs reassurance of your love and the efforts you put in the relationship goes unnoticed.