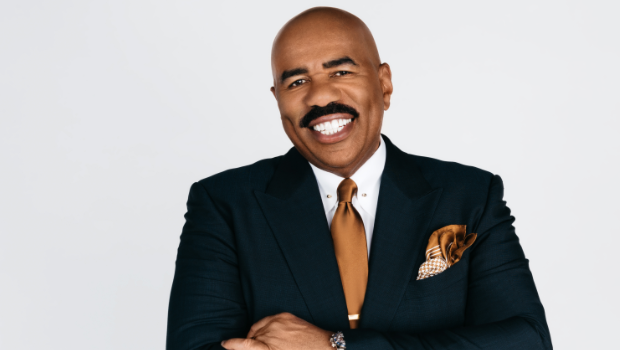 Steve Harvey is in SA to launch Family Feud, an American TV show, that he has made bankable in the last nine years. Not only is it about the families battling it out for prizes and answering popular survey questions, but, it’s how the man himself interacts with the contestants.The businessman and philanthropist has the rights to the show and will be presenting it in SA and Ghana. The African versions will have the same format as the much-loved international show but be uniquely local.

READ MORE: Getting to know The River's Dimpho Mokoena

Harvey hopes to bring jobs and optimism. He said the following at a press briefing in Joburg yesterday:

For the first time, someone left Hollywood at the peak of their career to try something and build content on our shores. We’re used to things happening the other way around. “I have a radio show in major cities across the USA, I talk to 9.5 million people and I can take that voice and bridge the gap between African Americans and Africans. Why do Africans have to leave and go to America to be famous? It doesn’t make sense. You have a billion people on this continent and that's the biggest resource. I think the exchange of information is vital and that's what I’m hoping to bring. Family Feud is just the beginning of the projects I want to start here,” he explained.

The local version of Family Feud will start production in Joburg in the last quarter of 2019, and begin airing in Africa in the second quarter of 2020. It will be produced locally by Rapid Blue.Are you as excited as we are to see Steve Harvey and Family Feud SA?
We live in a world where facts and fiction get blurred
In times of uncertainty you need journalism you can trust. For 14 free days, you can have access to a world of in-depth analyses, investigative journalism, top opinions and a range of features. Journalism strengthens democracy. Invest in the future today. Thereafter you will be billed R75 per month. You can cancel anytime and if you cancel within 14 days you won't be billed.
Subscribe to News24
Next on TrueLove
5 minutes with writer and creative producer Mahlogonolo “Manchester” Mahapa