The Flawless Queens Are At It Once Again! 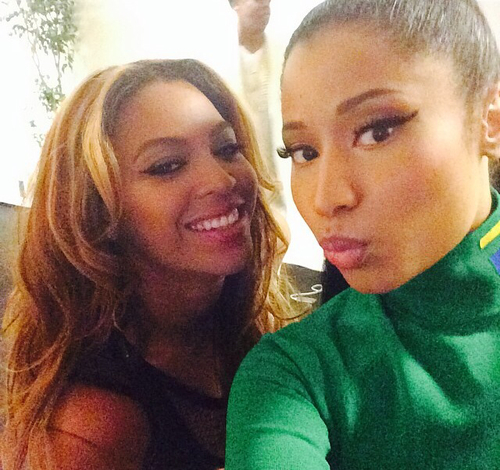 "I woke up like this, I woke up like this". When queen Bey released this song it was a major hit, then when she decided to feature Nicki Minaj on the Flawless remix, it was brilliant! It seems as though Bey and Nicki have chemistry in the studio and when they are performing together they never disappoint. They're done it yet again! Nicki Minaj has featured Bey on her new song titled "I'm Feeling Myself". The song is catchy, the beats are insane and Bey's voice sounds magical on the song. [Although we have to admit, it sends across a very cocky message.] Nicki points out in the song how much successful she is, and Bey well... she made the world stop! Whenever they work on a track together, Bey always reveals her gangster Hip-Hop persona. As for Nicki, she's constantly raising those bars! Two powerful women empowering each other, not throwing shade and proving to everyone out there that women should focus on working with each other instead of pulling each other down. We can't wait for a collab album soon... you never know! Written by @NomsaMotale Images: we heart it