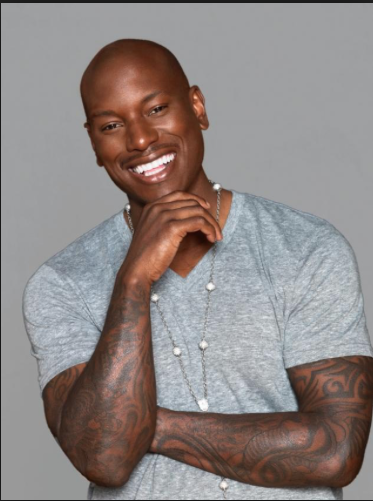 The 38-year-old actor/singer took to social media on Tuesday (28Feb17) to reveal he's no longer single, although he stopped short of identifying his bride.

In a video he posted footage from the big day's highlights, including shots of the new Mrs. Gibson, who wore a pink dress.

So many people give a lot of power to "The Ring" as a man I had to wait till I truly truly felt like my WORDS and my FEET would walk in the same direction as my HEART.... Not to worry I won't be updating you guys on every detail and every aspect of our life..... We tried to keep this all a secret and it somehow got out there so we just wanted to share the blessed news ourselves....... Our way.... during our pre-martial session Pastor Creflo Dollar said "Don't make the mistake that others make thinking #so much about the future that you lose focus of the gift of the present, be patient and present in love.... You and your wife should stand on each side of your empty canvas of love and paint the picture along the way...... #Amen The future isn't always promised but what's certain is we're all capable of making a commitment to wake up everyday and love someone the best way you can... It's quite simple.......... it's #GrownManSeason we feel the purity of Gods presence all over this union He's walking with us so no weapons formed- this will last..... We're so grateful and humbled by your outpouring of love! We appreciate all of the prayers and well wishes.... Life's a trip.... Cause sometimes when you pray you get #exactly what your heart desires........ I got #MyBlackQueen I didn't just marry her I married my daughters new example...... Grace, elegance, college educated with multiple degrees, kind, classy, sophisticated, - We are all flawed, sinners and have made mistakes but I hope you decide to keep loving, keep the faith and God will to send you what's yours.... #Amen

He teased the big announcement by reposting a Facebook message he once wrote to his "wife of the future".

It read: "I can't tell you how crazy my life is right now... I've shared with you guys it's VERY important when you pray to pray 'specific' prayers... and God will specifically bless you with all that your heart desires.

"Message to my wife of the future... I just finished designing our private SPA it's called #TheVSpa in my backyard... (I'm) a KING seeking my QUEEN... I'm talking a REAL WOMAN... Not just a pretty face... A classy, sophisticated women with an angel heart..."

He added he was looking for a "woman soooooo lady like and in tune with her femininity that she doesn't have an aggressive bone in her body", adding, "She lets a King be a KING!!!!!!"

Tyrese was married once before - to first wife Norma. The union lasted less than two years and ended in divorce in 2009. The former couple shares a nine-year-old daughter, named Shayla.

Gibson has also made it no secret he has always been in love with actress Taraji P. Henson ever since they teamed up on the big screen in 2001 movie Baby Boy.