WATCH: Nandi and Zakes in Paris The media personality attended the Natural Hair Academy conference in Paris, France last week. The trip coincided with her first wedding anniversary and so she jetted off with hubby, muso Zakes Bantwini and son Shaka to the romantic city. While there, she also touched base with BET France. 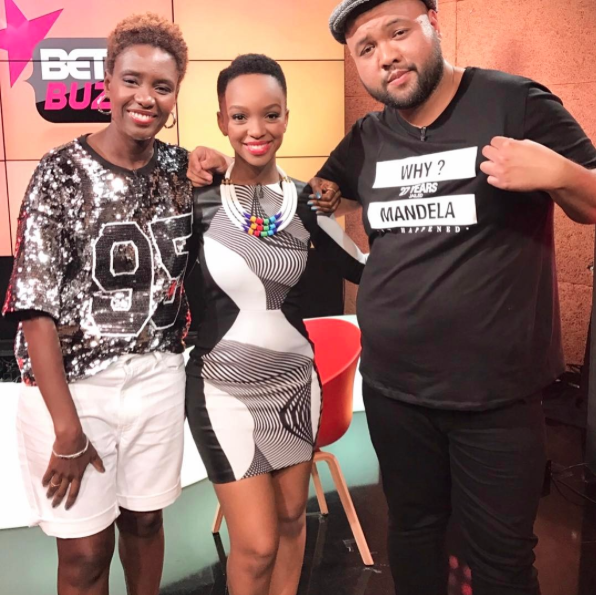 Did a mystery magazine cover shoot.

Spread the word about her clothing line, Colour. And spoke at the Natural Hair Academy.

Love your crown?! Thank you France ??. #AfricanQueen #NHA2017 #NaturalHair I am wearing my clothing line @colourfashionlabel A post shared by nandi_madida (@nandi_madida) on Jun 10, 2017 at 7:31am PDT

Hubby Zakes Bantwini also revealed he’d be doing some work and performing in the city.

Tonight I'm @djoonclub in Paris performing new songs from my new album #lovelightandmusic2 dropping #23June2017 now on pre-order iTunes be the first to have it, my best work yet again????????????