Ways to tell him he’s bad in bed 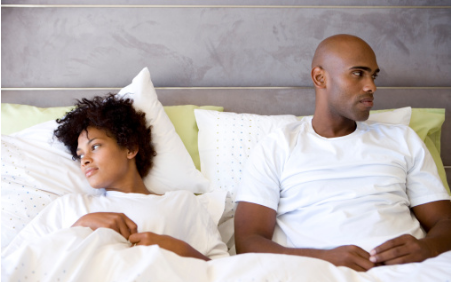 But telling your partner that you're not satisfied can be a challenge. Here are ways to help you break it down to him without ruining your relationship. Nothing beats communication in a relationship. Don’t beat around the bush – just be straight with him because if you don’t raise your concerns openly, you lose out sexually. I know when you tell your man he sucks in bed, it immediately hits him right where it hurts the most - his manhood. But he will get over it and do the right thing eventually.

You must make your partner feels at ease. Reassure him that what you just told him doesn’t mean it’s the end of your relationship. Tell him you just need a little more love and affection, and that it’s possible for him to provide that. Tell him that you’re not asking for too much; just a little improvement.

Instead of using words ‘you’re bad in bed’ or ‘you’re are horrible’, make suggestions about what you want him to do to you. You can also tell him you’re having trouble reaching an orgasm, and can he help you get there. This one will make him realise he’s the reason you’re not getting your orgasm and try to improve; introduce new sex positions. He won’t feel bad because you made it look like you’re the one having a problem, not him.

Tell him what doesn’t feel good and what does so that he’ll know what to improve. Once he gets it right, tell him how good he is. Your man must know about your needs in bed, and that includes your favourite position or oral sex. When he goes down on you, tell him about how amazing it would be if he pressed his finger in and out while his tongue swirls around your clit – that will turn you on even more.
We live in a world where facts and fiction get blurred
In times of uncertainty you need journalism you can trust. For only R75 per month, you have access to a world of in-depth analyses, investigative journalism, top opinions and a range of features. Journalism strengthens democracy. Invest in the future today.
Subscribe to News24
Next on TrueLove
5 minutes with writer and creative producer Mahlogonolo “Manchester” Mahapa