Our April cover star has ventured into cooking as The Untrained Chef, which she’s registered as a business. Go to @theuntrainedchef Instagram for step-by-step vlogs for yummy easy recipes. In future the reality star wants to make her new venture into a travelling cooking show. 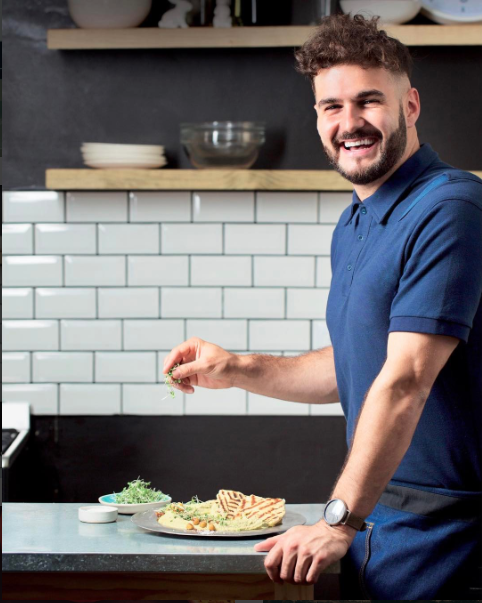 On Saturday the Mi Casa frontman officially opened his restaurant Something’s Cooking by J at Time Square in Pretoria.

“Words will constantly fail me as I try to caption these moments today we open the doors of Something’s Cooking by J and I cannot stop the tears of joy as I think of my family and all that we’ve been through,” read his social media post on the big day. Tuesday will see Lorna’s new cooking and entertainment show air on SABC 3. The Top Billing presenter will take viewers behind the scenes with her as she brings guests’ dream events to life. In each episode Lorna will be tasked with the challenge of stepping in and setting up the featured guest’s soiree and help them host the perfect event. It seems the actress ditched the screen to become chef and has even partnered up with brands like White Star. Of her cooking she says it all began eight years ago when her friends encouraged her to pursue a career in the food profession. You’d never think these two would cross paths in life. But they did and VH1 has even given their Martha & Snoop’s Dinner Party a second season. On the show they host different celebs which include Wiz Khalifa, Rick Ross and more.