Why dating a young guy is cool 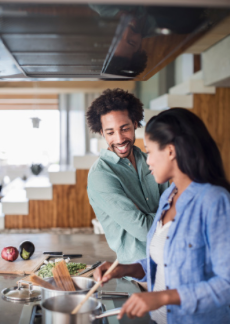 Thinking of getting yourself some young blood but aren’t sure what to expect? Here’s why we’re giving you the go ahead. He won’t care where you work

Unlike older men, young ones are okay with anything a woman does. You won’t have to explain to him what is it that you do or your reasons for following in that career line becausethey really don’t care.

He’s at his peak and impressing women is all he wants to do. Expect to have a banging body, great skin, and a good sense of style.

Even though older men are also great in bed due to the experience, it’s nothing compared to the curiosity and the stamina young men have.

You won’t get into a routine, he’ll keep the surprises coming in bed. They tend to be very grateful so chances are he won’t mind if you call in the middle of night to get some action.

You get away with a lot of things

He won’t give you grief about you not answering your phone or anything else for that matter that you find petty. It’s either he’ll consider you as his equal or someone above him, and that’s a total bonus for you.

The great thing about young men is they don’t forget to live and aren’t scared of exploring. They’ll take to all the cool places where you’d never be caught at on a ‘normal’ situation but you’ll have the most fun.

Show me a woman who doesn’t like getting compliments? None! He wont get over the fact that he’s dating a hot older woman who’s got her life together. He’ll remind of how beautiful you are every chance you get and that’s a great ego booster right?