Why dating an ex’s friend is a bad idea 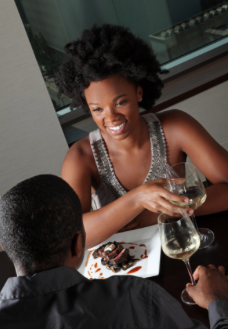 You don’t have to play in your ex’s circle

Even though this may sound and look like a perfect plan to get back at him, in the end it’ll backfire. You’ll come across as desperate to stay in your ex’s life, hence you opted for his friend. When you ended the relationship, you cut all ties with him, his family and friends as well.

…and classy women don’t retaliate. Chances are you don’t have genuine feelings for his friend but you’re just doing it now because you’re hurt. He does deserve to be heartbroken abit but don’t sink to his level.

Think about how you’d feel if the same thing was done to you. if the thought of it doesn’t sit well with you then you shouldn’t do it to your ex.

Maintaining the relationship willl be hard

If the feelings between you and his friend are real then you’ll be forced to have a relationship with your ex because he’s still friends with your current man. The whole set up will be akward because you’ll forever wonder what your ex has told his friend about you.

You could ruin their friendship

You know how men are and their ego’s are. At first they might pretend to be okay with it, but tensions are bound to rise and when they do, their friendship together with your relationship will be affected.
We live in a world where facts and fiction get blurred
In times of uncertainty you need journalism you can trust. For only R75 per month, you have access to a world of in-depth analyses, investigative journalism, top opinions and a range of features. Journalism strengthens democracy. Invest in the future today.
Subscribe to News24
Next on TrueLove
5 minutes with writer and creative producer Mahlogonolo “Manchester” Mahapa