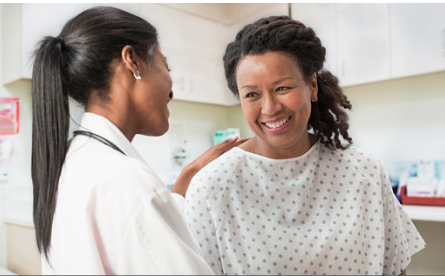 Jo’s Cervical Cancer Trust has found that the number of women attending potentially life-saving cervical screening tests in the U.K. is falling, and is at a 19-year low in England and at a 10-year low in both Wales and Scotland.

As it is Cervical Screening Awareness Week (12-18Jun17), charity organisers are reminding women that cervical screenings prevent up to 75 per cent of cervical cancers.

Robert Music, chief executive of Jo’s Cervical Cancer Trust, said the screening is critical for when it comes to detecting cancers.

"Diagnoses of cervical cancer in the U.K. are worryingly high and will only increase if more women don’t attend screening," he said. "We want to encourage women to look after their health, including the health of their cervix and that means attending cervical screening."

Cancer of the cervix often has no symptoms in its early stages. If you do have symptoms, the most common is unusual vaginal bleeding, which can occur after sex, in between periods or after the menopause. Abnormal bleeding doesn't mean that you definitely have cervical cancer, but it should be investigated by your doctor as soon as possible. Cervical cancer can affect women of all ages but affects women primarily 30 – 45 years of age.

What is a cervical screening?

Cervical screening isn't a test for cancer; it's a test to check the health of the cells of the cervix.

The screening test, previously known as a smear test, is a method of detecting abnormal cells on the cervix, and involves a doctor or nurse using a small brush to gently collect some cells from the surface of your cervix, the entrance to the womb from the vagina.

"Cervical screening may be uncomfortable but it should not be painful and remember, the nurses will really try to make you feel at ease if you feel embarrassed in any way," added colposcopy nurse

Marianne Wood. "I want to encourage every woman to attend their appointment when invited and not delay. It’s such an important five minute test that really could save your life.”