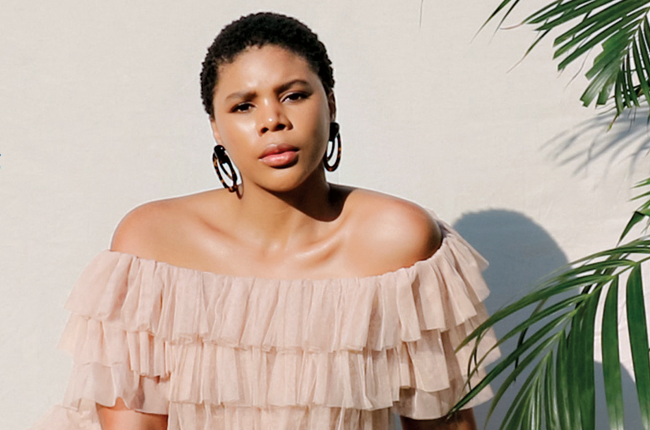 Her face lights up when I ask how she ended up etching her way into the mommy-influencer space. “I fell right into it! I had my first child at 21, got married a year later and had my second one before turning 23. After my second child, I looked around and realised that I didn’t have anyone I could quite relate to,” she shares.

Her friends were all much older while those in her age group were not ready to start their own families, let alone get married. “They were pursuing their careers after graduating from varsity, which I didn’t do the conventional way. They weren’t necessarily thinking about having kids. Instead, they were partying up a storm and living their best lives.”

Her light-bulb moment came when she realised that there was a small group of women who, just like herself, were young newlywed moms who needed answers about parenting and life, and to know that they were not alone. “I really didn’t know what I was doing. I’ve had these two kids, and didn’t know if I was even feeding them the right food. I was raised by my mom and grandmother, and for the most part, they were just winging it.”

READ MORE: Is your child at a safe crèche?

Olwethu shares that her mother, who lived with her grandmother at the time, gave birth to her when she was only about 20 years old. “My mother had more children, and yet kept it together all the time. I’m wondering how she did it! I didn’t have access to her when I gave birth to my first two boys because she was trying to rebuild her life after the divorce. She couldn’t be available to me, like my grandmother was to her. So, I had to figure it out on my own in Joburg, and had never imagined that I would be that person.”

That's when the idea came about to create a virtual space where she could share her experiences with women in similar situations. And so her blog,www.artofsuperwoman.com, was born.

We live in a world where facts and fiction get blurred
In times of uncertainty you need journalism you can trust. For 14 free days, you can have access to a world of in-depth analyses, investigative journalism, top opinions and a range of features. Journalism strengthens democracy. Invest in the future today. Thereafter you will be billed R75 per month. You can cancel anytime and if you cancel within 14 days you won't be billed.
Subscribe to News24
share
Next on TrueLove
How to raise kidpreneurs