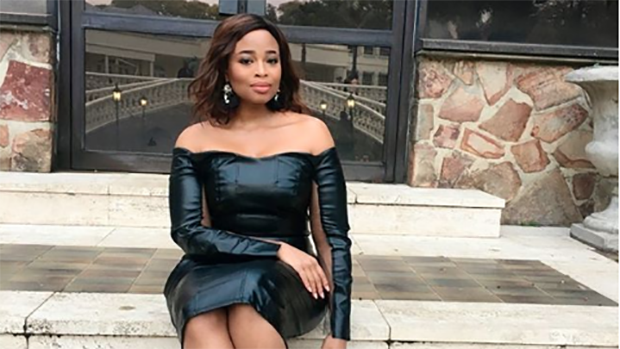 This is what the actress had to say about her acting career:

On being a a public figure

She’s thankful her career started when social media wasn’t yet that big. “It cemented the foundation of my work for me more than the hype of being being well-known. I struggle with the whole thing of being a celebrity, I don’t see myself as one,” Tango explains.

“I understand that, in the industry, it’s about the whole package, that you must tweet and people must relate to you and I’m slowly getting on with the times,” she adds.

How she got into acting

Her personality makes it all the more remarkable that she works as an actress.“I’d say it was serendipitous, it wasn’t at all planned that I get into acting. I didn’t know what I wanted to do so I took a sabbatical (after school) for a year. That isn’t heard of in a black family, like uzohlala ekhaya wenzeni? I’d ever only been in one play in high school. I never thought I’d make a career out of it. My best friend’s cousin had started at the AFDA School that year and he was telling me all about the film industry and the things they were doing. I went with him one day and found it interesting and started researching and told my dad about it. He wasn’t impressed initially but he’s now my biggest supporter. I didn’t think I could act, I was at AFDA studying producing and directing, I still think I can’t act. That’s my secret,” she giggles.

Her career in acting

Tango first caught our eye with her role on the SABC 1 drama series A Place Called Home but the journey to her first memorable role wasn’t easy. She had to get a nine-to-five job in sales, selling space in AFI Fashion Week.  “It was really, really  hard. I was without work for nine months after graduating. It was frustrating. Generally, you get a degree and you get a job but there was none of that for me. I got an agent, went to auditions and nothing was happening. My parents didn’t understand how the industry worked and neither did I. I finally got small roles then when I got A Place Called Home I didn’t even know I was the lead, Lindiwe. I got there and there were all these well-known actors and I was overwhelmed. We had a photo shoot and it never clicked until the show aired. I just thought we were all leads because I was in a cast with great actors I had watched growing up!”

Tango has come a long way. She’s become known for her various roles — as Thuli on Thuli noThulani (where she plays a single mom), Peggy in Rockville and most recently Paulina on the new 1Magic telenovela The River.

You might wonder what would be her dream role, since she has brought to life a few people.  “There are many roles I still want to see myself in that I haven’t tried. Like an action movie — and I’d love to do theatre because I think that would challenge me to the core. But do you know how hard it is to play happy? Imagine having a bad day and having to play happy, giddy and giggling. That, I think, is difficult.”

For more on Tango's story, get our July issue in stores now!