Ama Qamata on season 2 of Blood and Water: “I think people will be very frustrated with Puleng” After a long wait, Netflix’s much-anticipated second season of Blood and Water is finally available to stream on the platform.

The second season promises a whole lot of drama, secrets and chaos.

Speaking to TRUELOVE, lead actress, Ama Qamata, who plays the role of Puleng Khumalo, says that although her character is a lot more mature in the second season, she still steps on many peoples' toes and will frustrate viewers with the danger she puts herself in during this season.

Two burning questions are whether Fikile is really Puleng’s sister and which love interest she’ll go for between KB (played by Thabang Molaba) or Wade (played by Dillion Windvogel). Ama says viewers should watch to get all the answers. She speaks to us about playing Puleng, what fans can expect to see on season 2 and how she prepared for the role.

How do you think Puleng has grown in season 2?

There are a lot of discoveries that she has to unpack and I think that challenges her character. In season 1, she was very aggressive and could hit anyone that made her mad, but in season 2 there is none of that so we get to see a lot more maturity from Puleng.

Seeing how she deals with a lot of the issues and how she handles certain situations will show a lot of growth. This also required a lot from me as a performer to dig deeper into myself and to portray those emotions.

What should fans expect to see in this new season?

There’s a lot. We have new faces who are incredible actors and have joined us for season 2. It was great working with them. Expect to also see a bit more of the Parkhurst students. There are also a lot of secrets that get unfolded. Puleng also makes a huge discovery when trying to find out if Fikile is her sister; this investigation tears her apart and she’s left wondering what to do.

READ MORE | Gail Mabalane on season 2 of Blood & Water: “Viewers will get to see Thandeka’s past”

In season 1, we got to see Puleng in a love triangle - will she finally choose who she wants to be with between Wade and Karabo?

I don’t know if Puleng will ever choose one person because she loves both of them, but in different ways. KB's a very mysterious guy that’s genuine and who she connects with on a level of writing and liking the same things. Wade is the guy that will literally do anything for her and they have this deep love for each other and she sees the lengths that he’s willing to go to to be with her. Maybe one day she’ll decide who she wants to be with. 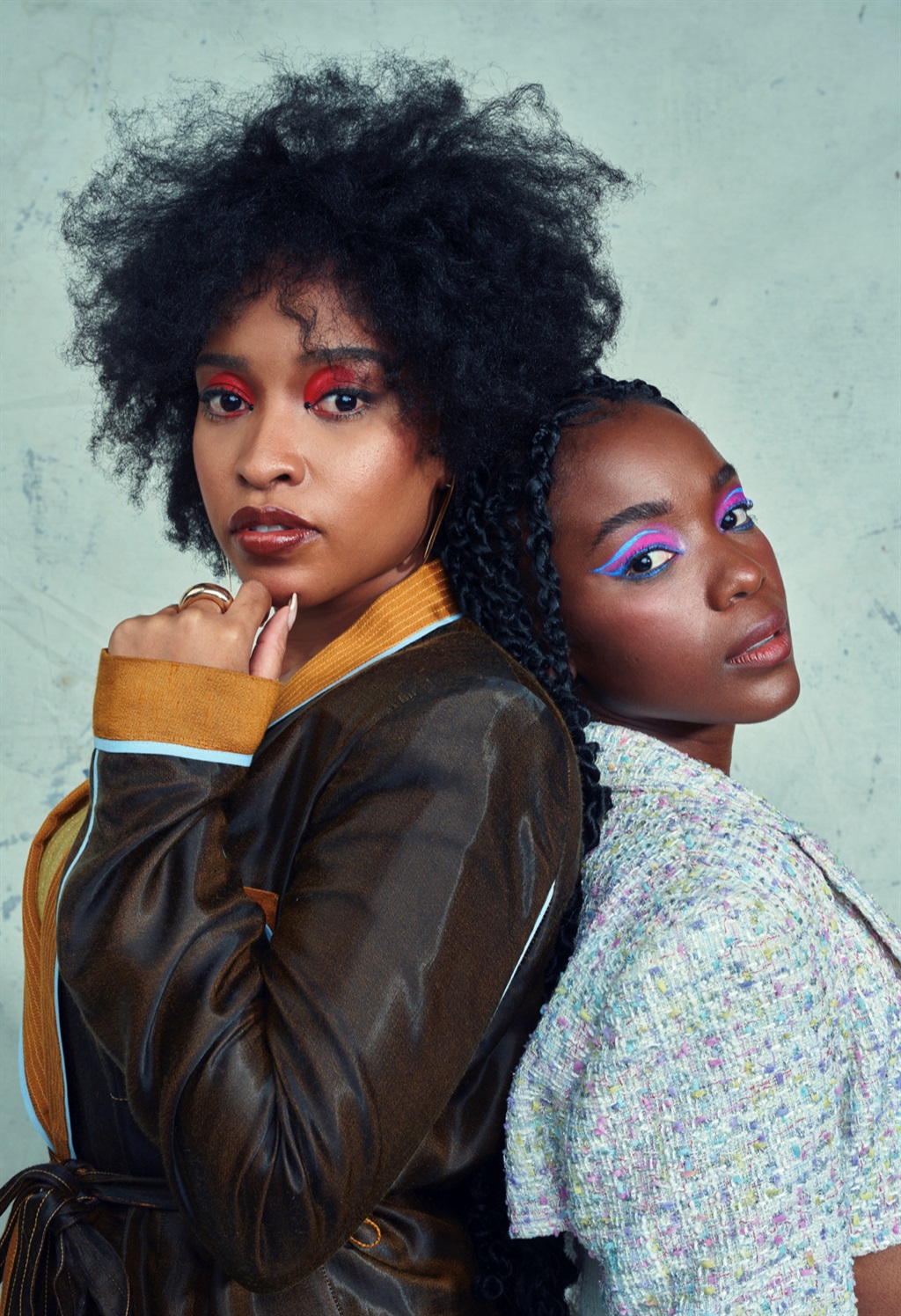 Does finding out the truth repair Puleng’s relationship with her mother and does it set her free from the burden of her sister’s abduction?

Without giving too much away, I’d say that it’s all unexpected. She hoped that the truth would bring her family together but in a lot of ways, the truth tears a lot of families apart. Even when the results come out, it’s another challenge and it’s not what people expect.

As a performer, how do you tap into the different emotions you need to portray?

There’s different ways of doing that, but what’s worked for me is trying to find the similarities in her journey and my life. That’s not always very effective because once you take yourself there, it can be very hard to come out. Now, I listen to music or read to see what will trigger a certain emotion. In this season, I was just trying different ways to see what will trigger which emotions in me. Breathing exercises have also helped me a lot.

What’s the most challenging thing about playing Puleng?

In season 1, it was definitely having to play a lead role. I had never done that before on set for as long as I did. It was challenging because I was shooting every single day and in every scene. But in season 2, the challenges were not as hectic because I had more experience and knew what to expect when shooting. Another challenge was having to shoot during this pandemic and the measures that come with it. What are the biggest differences between Ama and Puleng?

Our age is obviously a big difference. How a 15-year-old thinks vs Ama is very different. Puleng is quite impulsive and does not think; she does something and only thinks afterwards. I think I’m someone who analyses things before really going into it. The family dynamics are also something Puleng and I don’t have in common. I’m really close with my family and she’s not; she doesn’t really have a great relationship with her mom and I do.

What do you think fans will enjoy about Puleng’s character this season?

I actually think fans are going to hate her character this time around. She causes so much drama and confusion and I think people will be very frustrated with her. But they also need to understand that this is a life or death situation and she has to do very unusual things to get to the truth. She’s going to be messing with really dangerous people and it will be very interesting to watch.

We live in a world where facts and fiction get blurred
In times of uncertainty you need journalism you can trust. For 14 free days, you can have access to a world of in-depth analyses, investigative journalism, top opinions and a range of features. Journalism strengthens democracy. Invest in the future today. Thereafter you will be billed R75 per month. You can cancel anytime and if you cancel within 14 days you won't be billed.
Subscribe to News24
Related Links
Blood and Water's Khosi Ngema on playing Fikile and what to expect on season 2
Gail Mabalane on season 2 of Blood & Water: “Viewers will get to see Thandeka’s past”
Getting to know Blood & Water's Ama Qamata
Next on TrueLove
Evictee Sandra on BBTitans relationships – ‘We’re going to be friends after this whole thing is over’