Fans are eagerly waiting for the premiere of the second season of Netflix’s popular series, Blood and Water, which is set to premiere on Friday, 24 September. The first season ended with a cliffhanger that left viewers wanting more.

In the first season, the main storyline focused on Puleng Khumalo (played by Ama Qamata) suspecting that a popular girl at her school, Fikile Bhele (played by Khosi Ngema), was her abducted sister that went missing 17 years ago. Puleng was determined to find the truth and by the end of the season, she had told Fikile about her suspicion.

READ MORE| Gail Mabalane on season 2 of Blood & Water: “Viewers will get to see Thandeka’s past”

In season 2, viewers will get to see Fikile’s reaction to the news and the show has promised that there will be more shocking revelations, as well as twists and turns. Fikile will also have a new love interest, Sam Nkosana (played by Leroy Siyafa). 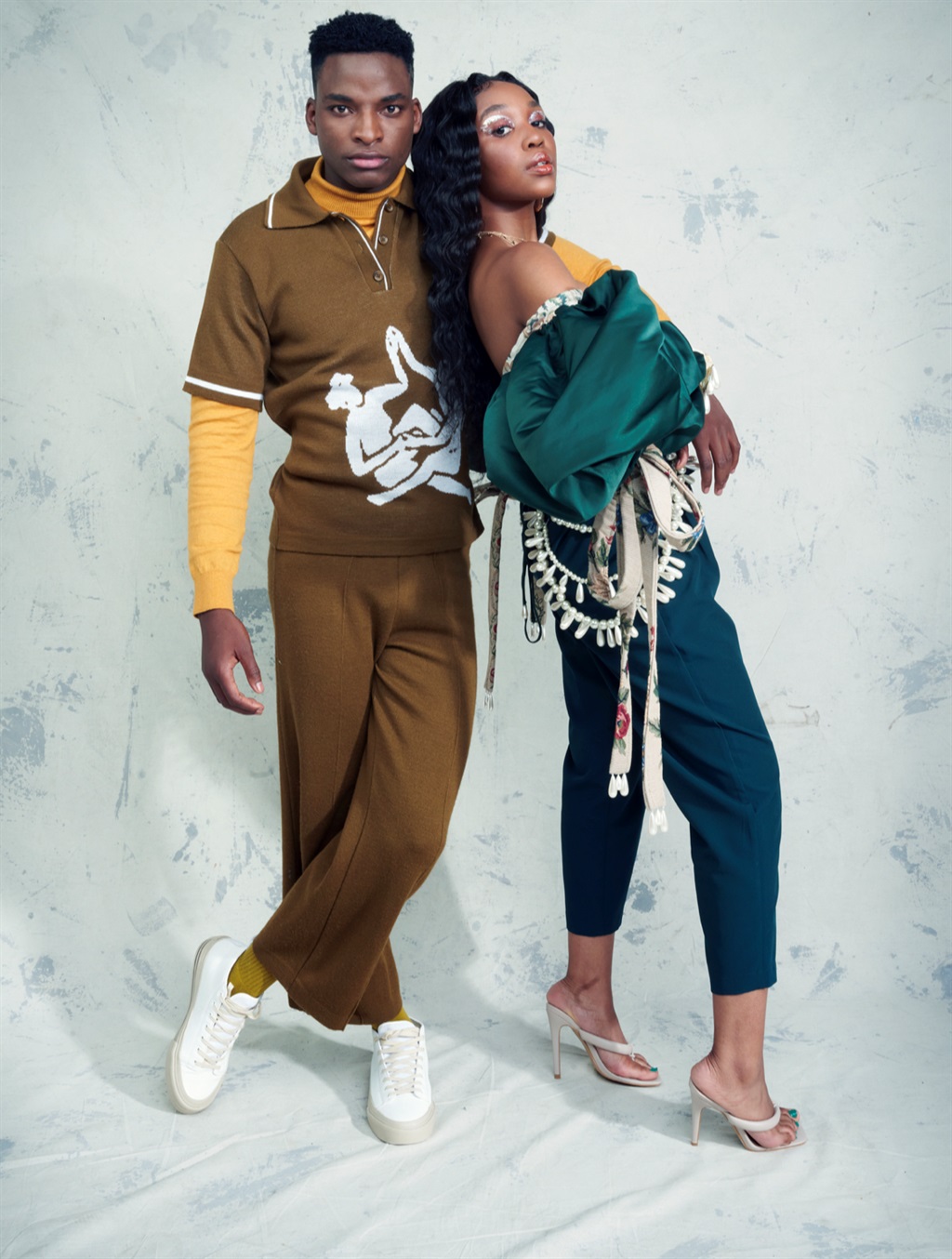 How would you say Fikile’s character has developed in season 2?

Fikile has always strived for perfection and cared about what everyone around her thinks of her and I guess. So, to have Puleng come out of nowhere and rip that veil off by force, distorting the perfect little world she’s been living in, you can only imagine how scared and powerless she’s feeling now. She’s forced to really look at herself and the way her actions affect the people around her, whilst also dealing with this huge identity crisis. I think she’s growing up.

In season one, we saw themes of bullying, friendships and a teacher-learner relationship especially with your character; why do you think it’s important to tell these stories?

I think it’s important to tell these stories because they’re real. This stuff happens all the time and nobody really pays it any mind. Hopefully, by successfully portraying how people are affected by these issues, we can educate and inspire the world to be better and more aware.

When the DNA test results came out, Fikile must have experienced a lot of emotions. How did you tap into those emotions as an actress?

Whew. I think I’ve spent enough time inhabiting Fikile to really understand and connect with her. So tapping into those emotions was a bit easier. I really tried my best to ‘leave myself at the door’ and walk onto set as her. So it was quite exhausting being in that headspace whilst working night shoots and trying to stay healthy as Khosi; but it was super worth it. Life-force giving stuff. I’m excited to really grow and learn as an actress.

What do you think viewers will enjoy the most about Fikile’s character this season?

Fiks really comes out of herself a bit. She’s moving on from everything that exploded in her face last season, letting herself let loose and go with the flow a bit and not being mad at it. She also takes on a more hands on role in finding out the truth about her identity. 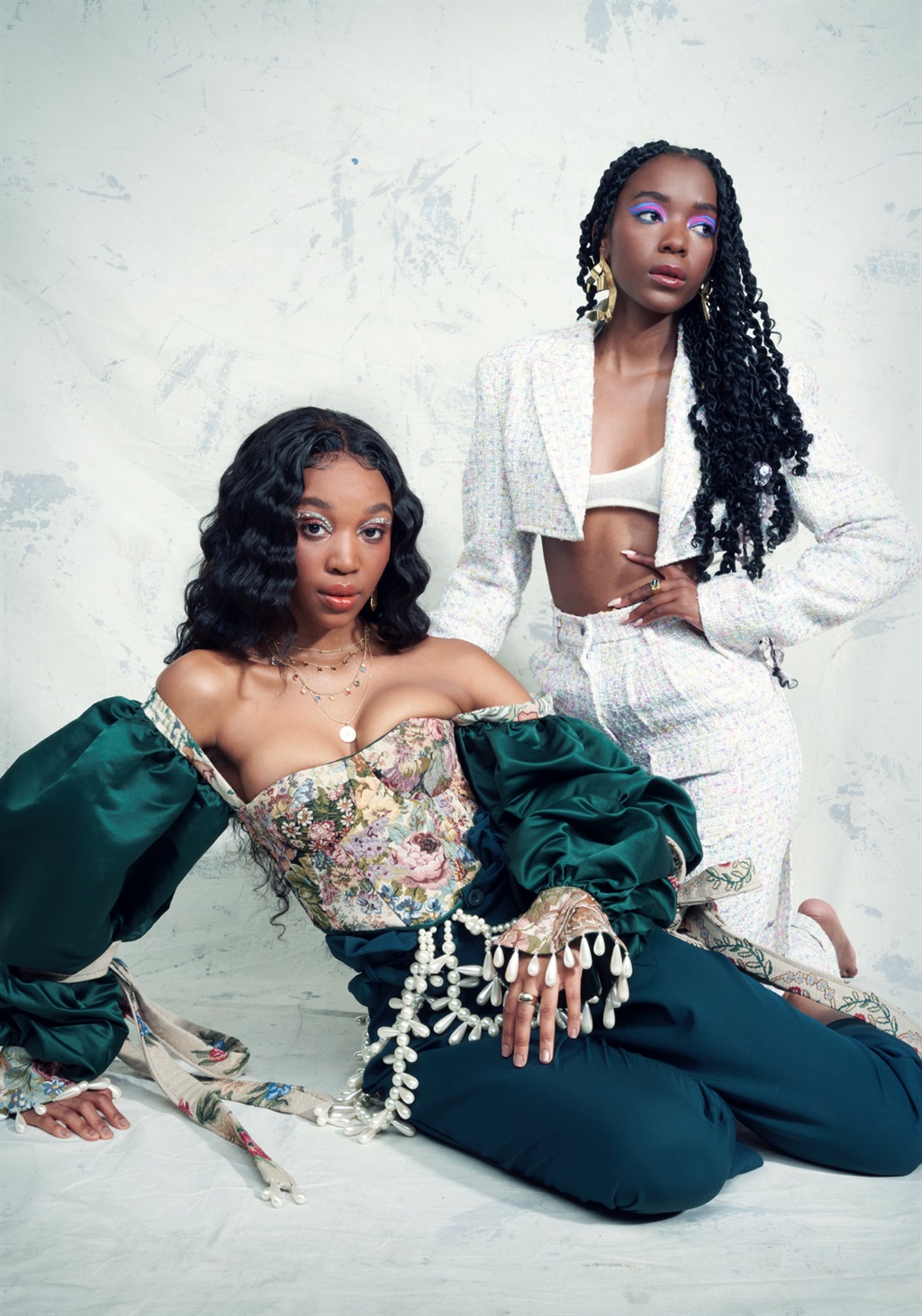 With this role having been a huge success, would you say you’ve experienced pressure when bringing it to life for season 2?

There’s definitely pressure to be better than your last body of work for everyone, I think. We really wanted to create something beautiful and to do our characters justice by portraying them truthfully. I’m definitely more nervous this time, but I think Blood and Water season 2 will carry itself and continue to excite its viewers.

What are the biggest differences between Khosi and Fikile?

I’d say Fikile and I have completely different social lives. She’s popular at school and parties a lot like most of her peers at that age. Whereas I’m generally an introverted homebody and always have been kind of a wallflower growing up. But, I find that portraying a character requires you to look within, mainly to ‘find’ that character in you.

What do you enjoy the most about being a part of the cast of Blood and Water?

I got really lucky to make my debut into acting working with really kind people. Cast and crew. Everyone's just really good people doing what they love and when everyone is coming to work with that energy, you can imagine how much fun we have on set and how it makes one enjoy going to work everyday.

We live in a world where facts and fiction get blurred
In times of uncertainty you need journalism you can trust. For 14 free days, you can have access to a world of in-depth analyses, investigative journalism, top opinions and a range of features. Journalism strengthens democracy. Invest in the future today. Thereafter you will be billed R75 per month. You can cancel anytime and if you cancel within 14 days you won't be billed.
Subscribe to News24
Related Links
Gail Mabalane on season 2 of Blood & Water: “Viewers will get to see Thandeka’s past”
WATCH | Netflix introduces new characters for Blood & Water season 2
Next on TrueLove
GALLERY | Makhadzi, Zahara and Mariechan kept us dancing at the TRUELOVE All A Woman Needs Festival