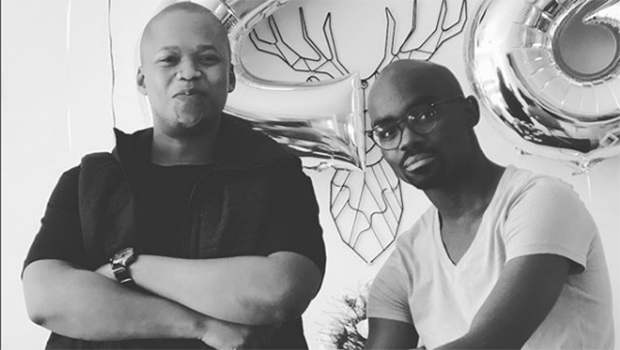 Tv presenter and actor Akhumzi Jezile was involved in a horrific car accident on Saturday morning which claimed the lives of five people including singer Siyasanga Kobese and actor Thobani Mseleni.

Many of Akhumzi's fans and supporters got introduced to him on Yotv as a child star and has since earned his stripes in the entertainment industry.

Since the tragic news broke of his passing celebs have taken to social media in honor of the media personality.

So we took a road trip to Durban and by the beach you nicely asked us to take a selfie and Musa even gave his best pose tryna be sexy and stuff and we obliged as per your request few minutes later there is a post we are blurred AF after such efforts and you said you were reminding us who is in charge. Just recently when preparing for Musa’s birthday again you proved who is in charge because you drove us to the shops to buy stuff made us listen to your play list and made sure the party is done your way. You have impacted so many lives and maybe that was part of your purpose on this planet earth. “A LIFE WELL LIVED” #RipAkhumzi

You insisted I cook Sunday lunch when you get back...it’s Sunday

My friend, my brother, my colleague and one of the most gifted of his generation. I still can’t believe it. I don’t think any of us can. I will miss u so much Akhumzi.... it was an honor knowing you?? #RipAkhumzi pic.twitter.com/MB0Pb1TTbi

"Dance as if this is the last dance. Dance with abandon, holding nothing back. That will bring transformation to your being, and a possibility of transformation for other people too." - Rajneesh #RIPAkhumzi