Q&A with Shonda Rhimes on one of her first Netflix original releases: Bridgerton If you have been a longtime fan of Shonda Rhimes' work, then you're in for a treat.

Rhimes - who has produced shows such as Scandal, Grey's Anatomy, and How To Get Away With Murder  - is an executive producer on Netflix's new original series, Bridgerton.

This is one of the first Netflix originals (out of many to come) we'll get to see from Rhimes since she signed a multi-year deal with the global streaming service 3 years ago.

Created by Chris Van Dusen, who is also an executive producer on the series (alongside Rhimes and Betsy Beers), Bridgerton is a romantic, scandalous, and quick-witted series which is inspired by Julia Quinn’s bestselling novels.

It follows the eight close-knit siblings of the powerful Bridgerton family as they attempt to find love and ultimately, themselves in Regency London’s high society. The series has been described as Gossip Girl meets Pride & Prejudice and launched on 25 December, 2020 on Netflix South Africa. 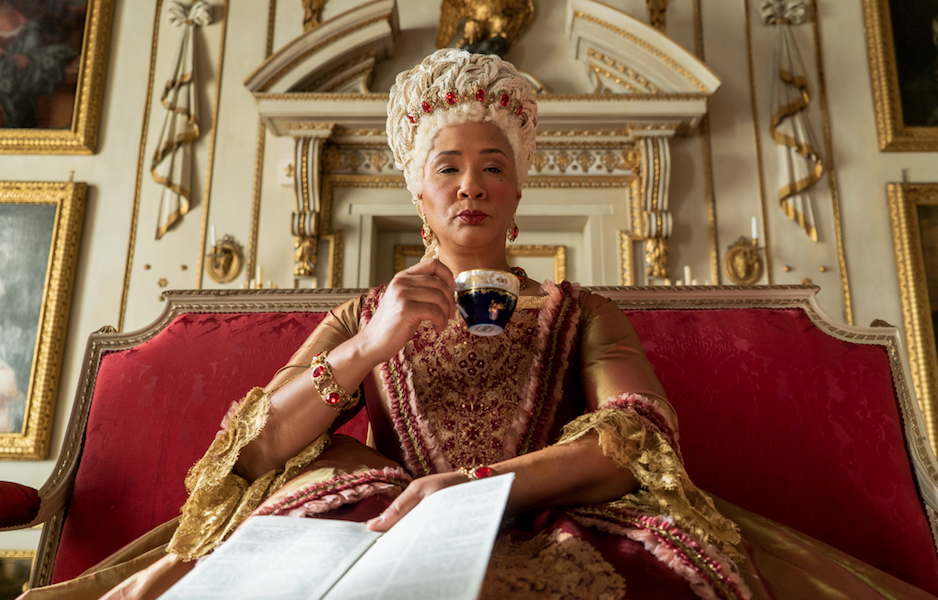 Here, she talks about the inspiration behind the series, casting Dame Julie Andrews, and what she hopes this series will achieve for all Shondaland fans.

HOW DID YOU DISCOVER JULIA QUINN’S NOVELS THAT THE SERIES IS INSPIRED BY?

I'm not a romance novel reader at all and actually I’m a person who has spent a lot of her life looking down her nose at them very snootily. I think I might've been on vacation and in need of something to read when I found one of the books and couldn't put it down. I found it to be funny, riveting, well written and very different than anything I ever expected.

WHAT WERE YOU MOST EXCITED ABOUT WHEN IT CAME TO TRANSLATING WHAT YOU HAD READ ON THE PAGE TO THE SCREEN?

I think for me, there were two things. One was Lady Whistledown and the narration that she was going to provide. The idea of who and how we were going to play that voice out and how that was going to lay itself out was really exciting to me. Secondly, it was about the rules of such a social world and the way we were going to look at them.

I feel that most of the time you see movies or stories told in this era, they take it so seriously. It’s as if the idea of getting sewn into these corsets and thrust out into this world to find a husband is just the most delightful, most wonderful thing that can happen to somebody, when really it was the only way a young woman could survive. I was very excited to see the twist that Chris was going to put on that lifestyle.

HOW DID YOU WANT TO BALANCE HISTORICAL DETAILS WITH TAKING CREATIVE LIBERTIES?

Chris took the sense of the world at the time, but allowed it to be as fictional as he needed it to be. There weren't really Bridgertons back then, so it wasn't like this was a docudrama. It allowed Chris to create the world that he wanted to live in. He took one possible fact, which was that Queen Charlotte was a woman of color, he extrapolated it, and built a world from there in terms of how society ran. 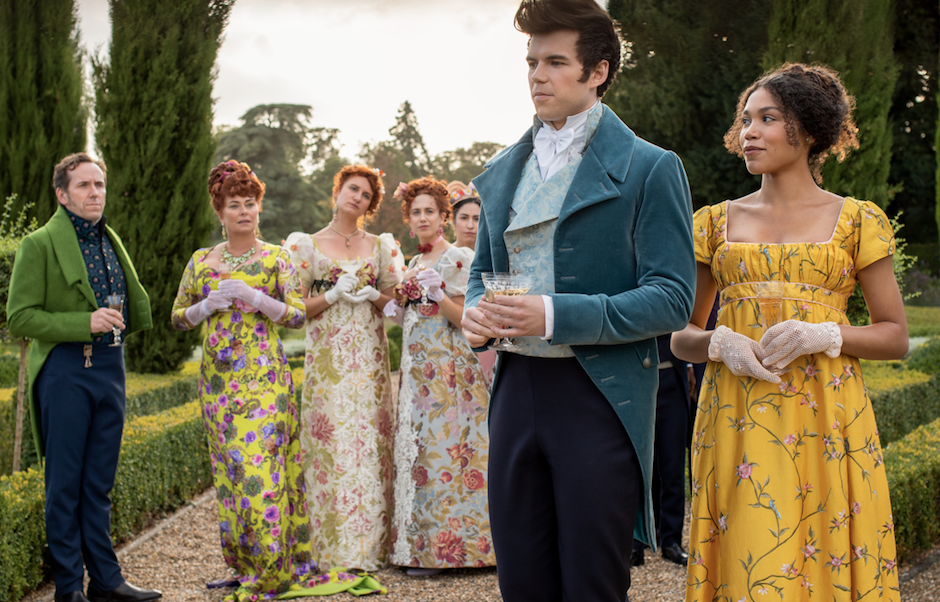 SHONDALAND HAS WORKED WITH REGÉ-JEAN PAGE BEFORE. WHAT DID HE BRING TO THE ROLE OF SIMON BASSET?

I thought there was something very three-dimensional, painful, and vivid about Regé-Jean Page as Simon. In a fascinating way, he was exactly what you imagined Simon to be when you read the books, but he also created Simon as his own, which was lovely.

The stories that are built around this character are very well told and Regé-Jean Page is such a versatile actor that I never even knew he was British until we met to talk about this role, which is hilarious. He's really talented and can inhabit a character so fully. I think he's a perfect Simon.

DAME JULIE ANDREWS VOICES THE SCANDAL SHEET AUTHOR LADY WHISTLEDOWN. WAS SHE SOMEONE YOU HAD IN MIND EARLY ON?

I think at the top of the wish-list of life was Julie Andrews, but I don't know if any of us believed that Julie Andrews would ever say yes. I think we felt that we should just ask and see what happens. To our amazement and delight, she said yes, which was wonderful.Lady Whistledown's voice is that lovely voice of Julie Andrews, but the words that she's speaking are not the words you'd expect to hear come out of Julie Andrews' mouth. It's exciting to hear.

THE NOVELS ARE POPULAR AROUND THE WORLD AND WHEN THE SERIES IS RELEASED, IT WILL PREMIERE ON SCREENS GLOBALLY. WHAT DO YOU THINK THE UNIVERSALITY OF THIS STORY IS?

I think everybody wants to fall in love, everybody wants to build a life for themselves, and nobody wants to be alone. I think that’s what is exciting about this because you can relate to what's happening to our characters and to their fears about their fate. I also think you're watching these families find their way. I'm excited for viewers to experience that because there is a universality in it. This show is at times laugh out loud funny, and at times you're in tears. At times it's really, really raunchy and at times it's very romantic. I think that there's a moment in time when you realise that you're not going to be able to stop watching and that's the best thing in the world

We live in a world where facts and fiction get blurred
In times of uncertainty you need journalism you can trust. For 14 free days, you can have access to a world of in-depth analyses, investigative journalism, top opinions and a range of features. Journalism strengthens democracy. Invest in the future today. Thereafter you will be billed R75 per month. You can cancel anytime and if you cancel within 14 days you won't be billed.
Subscribe to News24
Related Links
One on one with Natasha Thahane
When They See Us: Inside the Netflix limited series that has social media buzzing
“Laughter is an involuntary thing, so you’ll know if a joke is good or not” - Loyiso Madinga
Next on TrueLove
GALLERY | Makhadzi, Zahara and Mariechan kept us dancing at the TRUELOVE All A Woman Needs Festival