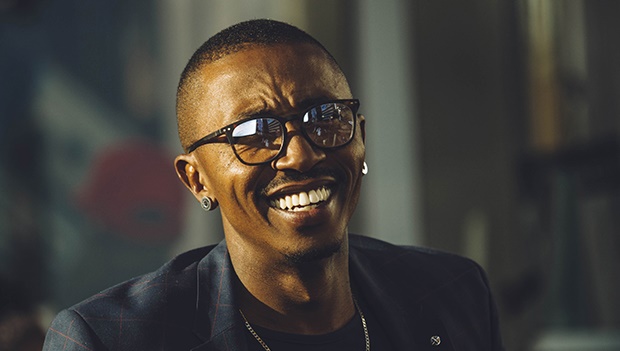 Born in Tembisa, he’s the eldest of three kids. Thabang entered the film industry when he was just 15 years old – he hosted the kids show K-TV on MNet. His love for TV and film took over his life, and made it an easy choice to attend the National School Of The Arts, where he majored in arts. The director has won multiple awards, including the Best Short Film at Sithenghi Film Festival (Jameson Award).

He’s directed some of South Africa’s most popular soapies, including Jacob’s Cross , Zone 14 and The Lab.  His big break came when he directed his first feature film, Happiness Is A Four-Letter Word,  which starred Khanyi Mbau, Renate Stuurman and Mmabatho Montsho. The film drew more than 45 000 viewers on its first three days at the cinema. The movie also went on to get him a nomination at the Africa Movie Academy Awards for Best First Feature Film by a Director. Thabang’s CV is very impressive: he’s worked for  production companies that created TV commercials for brands such as MTN, KFC, DStv, and Debonairs. After making a name for himself in the TV and film industry, he co-founded a production company, Seriti, which is his biggest milestone so far, he states.

Pinning down this busy director proved to be a challenge as his schedule is jam-packed. When I finally sat down with him for a chat, he opened up about his joyful childhood, the essential attributes needed to be a filmmaker and director, and his plans to grow Seriti, which he co-owns with three business partners.

He chats more about his love for film below.