Gail Mabalane on season 2 of Blood & Water: “Viewers will get to see Thandeka’s past” 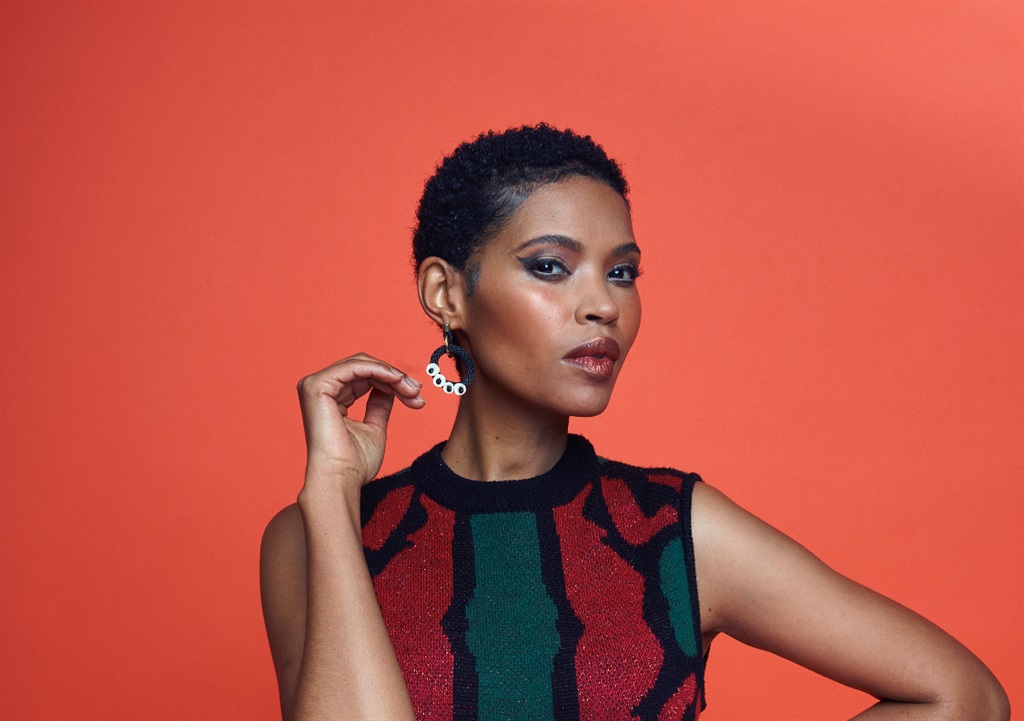 On 24 September, season 2 of Netflix’s much-anticipated teen drama series, Blood & Water, will be available to stream on the platform. With the first season having ended on a cliff hanger, viewers are in for a treat.

In the second season, the drama will pick up right where it left off as viewers will get all the answers that they have been waiting for and more. The show will be jam-packed with more twists and turns and will see new faces join the cast.

What will also be interesting to see in the new season is how Puleng (Ama Qamata) and her mother Thandeka (Gail Mabalane) will work through their relationship. In the first season, Puleng felt that her mother loved their abducted sister more than her and her little brother.

Speaking to TRUELOVE, Gail Mabalane says that although Thandeka will be trying to change her ways this time, everything changes when the truth finally comes out.

She tells us more about her character.

Please tell us about how Thandeka Khumalo’s character grows in season 2 of Blood & Water?

Firstly, Thandeka felt the need to change her look.  This is significant because it signifies a new beginning for her.   She wants to move on, as she promised her family she would.  The abduction and disappearance of a child however is not something a mother just gets over... ever. In Season 2, we see her go full circle emotionally, because the truth does in fact surface. In terms of Thandeka’s relationship with Puleng, will we get to see them growing closer together or apart when the truth is revealed?

Thandeka may not always have the ability to articulate this, but she loves Puleng, and wants only the best for her.  All she wants is to build a better relationship with her children, especially Puleng.  In Season 2, she tries with all that she has to build her family unit again. Puleng does push her to the limit though.

What would you say you enjoyed the most about playing Thandeka in this season?

Thandeka is at such a delicate place in her life. Just as she's decided to "put the past behind her" and start piecing her life together, it's turned upside down again. I enjoyed tapping into all those emotions and allowing her to feel all of them.

Would you say there are any similarities between Gail and Thandeka? If so, what are they?

Like Thandeka, I am a mother.  Mothers would do anything to protect their children.  Thandeka and I have that in common.  I've also learnt a lot from Thandeka about parenting teenagers.

What was the biggest challenge for you in shooting season 2 of Blood & Water?

It would definitely be filming through the Covid-19 pandemic.  Traveling between Johannesburg and Cape Town came with its own set of concerns around everyone's safety both on set and at home.  I'm so proud of all the cast and crew members for our commitment to making it work.  We know that the wait for Season 2 was long (understandably), but it was certainly worth it, and I cannot wait for everyone to see it. What do you think viewers will enjoy about your character in this season?

I'm looking forward to hearing the feedback on Thandeka's new look. In this season, we also get to know a bit more about Thandeka's past.  I think that we get to see that even though she would like people to believe that she's got it all together, she actually is not flawless.

We live in a world where facts and fiction get blurred
In times of uncertainty you need journalism you can trust. For 14 free days, you can have access to a world of in-depth analyses, investigative journalism, top opinions and a range of features. Journalism strengthens democracy. Invest in the future today. Thereafter you will be billed R75 per month. You can cancel anytime and if you cancel within 14 days you won't be billed.
Subscribe to News24
Related Links
Getting to know Blood & Water's Ama Qamata
WATCH | Netflix introduces new characters for Blood & Water season 2
WATCH | Gail Mabalane documents her hair loss journey in new YouTube channel
Next on TrueLove
GALLERY | Makhadzi, Zahara and Mariechan kept us dancing at the TRUELOVE All A Woman Needs Festival