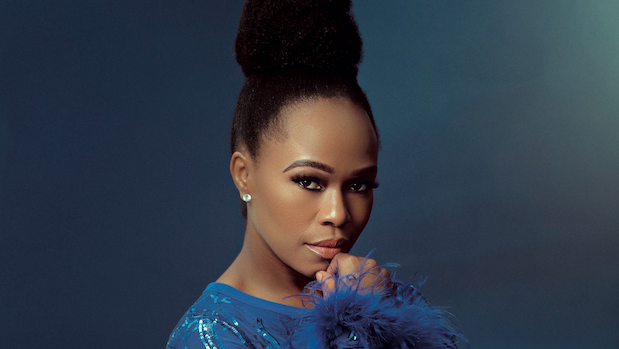 We start off the interview with Sindi ordering three glasses of freshly-squeezed juice, a lifestyle choice that’s become second nature for her. She suggests that I try one, between the carrot-pineapple-ginger juice, and the uninviting green one made out of celery, spinach, ginger and many other names I’ve never heard of.

“I’ve been juicing for the past five years, and I have recipes for every juice you can think of. I’ll share them with you, if you want,” she offers. I nod, suspiciously. Perhaps that’s how she’s maintained her youthful looks. What’s clear is that she doesn’t go to the gym. Her schedule at The River is far too rigorous for her to even entertain that idea. She’s at work from 05:30, and often leaves just as the sun sets. “The very thought of going to the gym makes me tired! I danced a lot when we did Sarafina, and was active for many years thereafter. Before the show was on the road, we rehearsed for a year, and that kind of training teaches you discipline,” she recalls.

READ MORE:What Sindi's closest people had to say about her

Having performed the world over at a very young age, very few things faze Sindi. “We used to go clubbing with the older cast members after performances, and we were exposed to many things. I’ve had plenty of time to live life to the fullest and not rob myself of anything,” she says.

Although she cooks at home, it’s not something that she’s entirely crazy about. “I love salads and green food – basically, I don’t like making food that keeps me in the kitchen for too long,” she says.

WANT TO READ THE REST OF THIS ARTICLE? GRAB THE MARCH ISSUE OF TRUE LOVE, ON SALE NOW!

We live in a world where facts and fiction get blurred
In times of uncertainty you need journalism you can trust. For only R75 per month, you have access to a world of in-depth analyses, investigative journalism, top opinions and a range of features. Journalism strengthens democracy. Invest in the future today.
Subscribe to News24
Next on TrueLove
Zandile Msutwana on her return to The Queen