“I don’t think I’ll ever be a huge pop star and I’m okay with that.” – Nakhane Why the title You Will Not Die?

I had this title in my mind for eight to nine years now, and I hadn’t known whether to use it for a book or another work. Different ideas come to you and you ignore them until one day they’re like ‘Heyi, use me!’ and you know it’s time to use them.

It came to me while I was in the bath. I actually wrote a lot of this album while in the bath. I always go in the bath with a notepad and pen. Suddenly the song You Will Not Die came to me and I got out the bath and I wrote it immediately. Strangely enough, the song is about hope – that you will go through difficult things that you think you won’t recover from, but you’re going to wake up in the morning and you’ll still be alive. I'd write a short story or a long poem and condense it and get the story into its most minimal form, and get the melody to fit that. This album took me four years to put together.

How did you know which songs to include on the album?

After I released Brave Confusion I started writing immediately, but I didn’t use any of those songs. I had 30 to 40 tracks for this album, but by the time I had to choose which songs I already knew which ones I wanted. This is because certain themes, words and ideas were coming across. Then I knew it was a body of work when all the songs worked together.

Do you think people are now more accepting of your sound?

I don’t know. I don’t think I’ll ever be a huge pop star. I think I’m very challenging and I’m okay with that because my favourite heroes were never huge stars. But they carved their own path. I tend to be attracted to the more rocky side of the road and not mainstream, but I want to make a living and I want the money but it must be on my own terms and should never compromise my art. Your videos and cover art are very daring and provocative. Is it intentional?

No, it isn’t that at all. I’m not childish. I do them because I like them and they make me feel good. If I don’t like it then how do I expect you to like it? When I was coming up with the direction for the cover, I knew I wanted something that had a significant amount of sensuality and vulnerability. The colour red is very important to me. Another reason is because my gran’s nickname was Starred – she plays a huge role in this album. She is the ancestor that loves me the most and is proud of me.

Why did you drop the name Touré ?

It’s about identity, which is always changing. When I was Nakhane Touré I really did identify as Nakhane Touré both politically and culturally. But as I was nearing my 30th birthday, I felt a change and I knew I didn’t belong to my family, my lover or the people that I love but myself. I am mine, and nobody else but me, and I always loved my first name. It was time to be enough for myself and answer to only myself.

What has been your favourite stage to perform on?

Afropunk Joburg! That was spiritual for me. I’ve never ever felt like that, it was life changing for me. Everything just clicked and I felt alive because the audience and I were in the same plane. 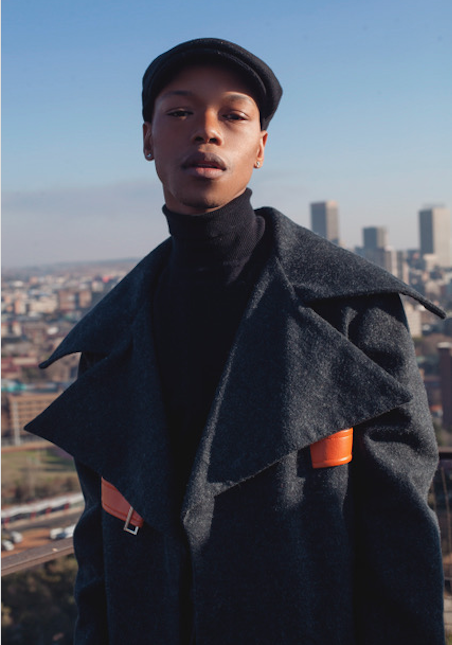 How do you feel now Inxeba is back on the main circuit?

I’m happy. But the happiness is very sober because the film was censored from the get-go, which was very strange to me. It was unlawful. It just showed the lengths to which people will go to silence other people, especially those they disagree with. Straight men are so used to getting their way and their privilege is so huge and they never understand when they have to sit down.