I’m happy. There’s someone in my life who I love with all my heart and respect with everything I have - Blue Mbombo The spunky Duchess Blue, as she calls herself these days, first caught our eye in 2015 on the reality TV show, Big Brother Mzansi. Since then she’s graced magazine pages, walked fashion ramps and scored big endorsements. She was recently named brand ambassador for Tammy Taylor Nails Sunninghill. This latest achievement adds to Blue’s already impressive resume of brands she represents in various capacities. These include Dark and Lovely and Clere Radiance.

Before everything else, Duchess Blue kicked off her career with modelling, when she entered the South African version of America’s next Top Model, Diamond in the Ruff. “After matric I moved to Bloemfontein to study at Central University of Technology. A year later I transferred to Vaal University of Technology. While I was doing my second year there, I was approached by a lady who told me about the Diamond in the Ruff modelling competition, which was on Mzansi Magic at the time. I thought it was going to be a great opportunity because, for just being participants, we were given bursaries to study whatever we wanted to study for three years, and we got free driving lessons. I couldn’t pass up that chance. I dropped out of school because the competition started in October when we were already preparing for our exams. I don’t regret it because I had wanted to be a model all my life. At home they used to call me Miss South Africa. I didn’t win Diamond in the Ruff, which was very sad. However, I was very fortunate that after the show, I was scouted by G3 modelling agency and that’s when my modelling career began, on a professional level. I didn’t do a lot of assignments, but things started happening and wonderful opportunities came up.” 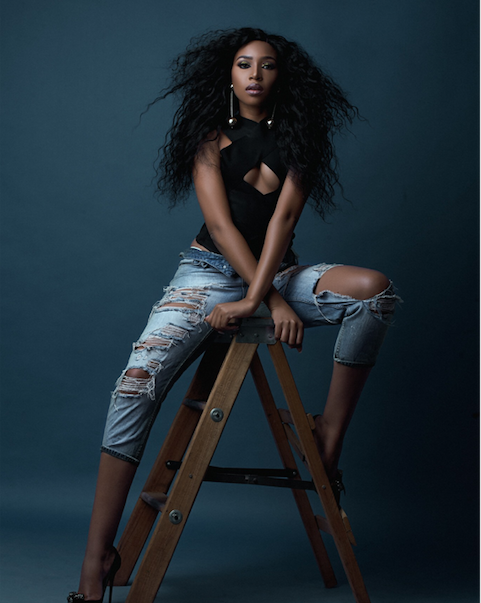 One of these opportunities was being a part of the Big Brother Mzansi competition. This is when Duchess Blue’s actual breakthrough into the industry came about. There, she got involved with model and rapper K2. It was their love story on TV that captured audiences and kept them interested in the couple.  Even when the show ended, fans followed their journey on social media. However, the couple shocked everyone with their split in 2016. “It was one of those fun relationships that just didn’t work out. We were together for a year and half. Everyone used to say I was dumb for falling for K2. But I’ll always have a soft spot for him.” She says she has since recovered from the much publicised breakup and has moved on with her life. “I’m happy. There’s someone in my life who I love with all my heart and respect with everything I have. We’ve been dating for just over a year.” And that’s all she’s willing to say about that.

Read more about Blue on our March issue, in stores NOW.