“I’ve been through enough for me to understand someone else’s pain.” Khanyi Mbau 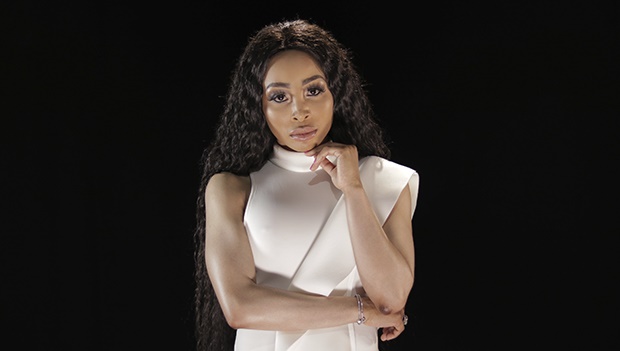 Please tell us about your new show.

My new show is called The Big Secret, I got a call from Endemol and they asked me to come to audition for this show in particular. I went through a normal procedure like everyone else and I guess my audition stood out from all the rest.

What is the show about?

The show is a thought piece from BET produced by Endomol to give people an opportunity to come onto the show and divulge their deepest secrets. The aim is to free people and allow dialogue, to help people better themselves and to get an opportunity to live a bette,  stress-free life without the baggage they have been carrying.

Why did you get involved with the show?

I guess I am that one person in the country that has always lived their life fearlessly, with their heart on their sleeve. You could say I have been through enough for me to understand the someone else’s pain. I am one person who has openly gone through stuff publicly and hasn’t been afraid to share their experience or disappointment.

What are some of the craziest secrets you’ve heard on the show?

The craziest secrets I have heard are related to sexuality, it has come to my attention that many South Africans are just so caught in who they are and who they are supposed to be. Our democracy is still very young, causing some people to be very confused about who they are and also adding pressure to who they think they have to be. Are people willing to be as open as you’d like them to be? If not, how do you get people to share their secrets with you?

Not really, but I did come onto the show with the expectation that it would challenging to get people to bare their souls on TV. Sharing a secret is like walking into a room naked and allowing people to see who you are. As human beings before we are ready to share something we first deal with it ourselves, and I understand why sometimes it may be hard for people to reveal their stories or why they clam up when they are suddenly surrounded by cameras.

I don’t know if I get people to share their secrets but I do open a conversation with people, and through that, people find a comfort and what I do is remind them of why they are here with me. I do not push them. I allow them to take their time and choose when it is appropriate for them to share their secrets with me

Why do you believe it is important for such a platform to exist in the market?

I feel South Africa lacks dialogue, there are many things in this country that people still need to talk about, which is why there is such slander on social media because that is the only thought piece that allows us to be vocal and have a dialogue.

What can viewers expect from the show?

You can expect to watch brave South Africans who are willing to look at their wrongs and give an opportunity to let life drive them. It is different from other reality shows because of the magnitude of how far people are willing to go to heal themselves internally.