Kelly Khumalo on her new album: "for the first time ever, I did not write anything on this album" 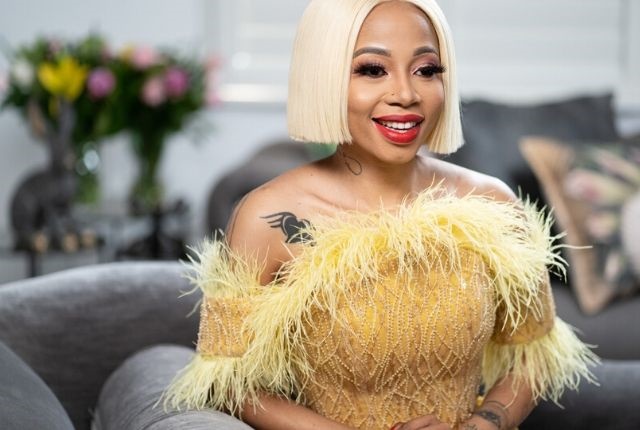 Just last week Friday, Kelly Khumalo topped Twitter’s trends list after her single Empini went gold. This was also the same day that she released her much anticipated studio album, The Voice of Africa.

The album is produced by musician Mondli Ngcobo and sees Kelly exploring the theme of a collective African experience while also touching on the struggles faced by women, love, betrayal and fighting for survival.

The Voice Of Africa available on all digital platforms ??

She tells TRUELOVE more about the album.

Can you please tell us about the album, what is it about?

The album is called The Voice of Africa and it’s literally me using my voice to narrate African stories.

Where did you draw the inspiration for the album?

I drew inspiration from the richness of Africa as a continent, from its minerals to its history. You'll also find Kenyan and Nigerian influences throughout the album.

By the time we got into lockdown, I was done with studio time. The only thing that was left was mixing and mastering the album.

How is The Voice of Africa different from your other albums?

Empini has just gone gold, was this something you had anticipated or did it come as a surprise?

Empini is an exceptional song, and I believe great songs become hits. So, to be honest - I was waiting for this to happen - I wouldn't have been happy if it didn't.

Who were you most excited to work with in this album?

Everyone I worked with on this project was someone I was excited to be sharing space with. But I was particularly looking forward to working with Mondli, Msaki and Dr Hlengiwe Mhlaba.

How hard was it completing your album in the middle of lockdown?

People don’t actually know that I started working on my album a long time ago. By the time we got into lockdown, I was done with studio time. The only thing that was left was mixing and mastering the album.

Life With Kelly Khumalo was a hit, will viewers be getting a second season?

What more has Kelly Khumalo planned for the year?

I’m just going to be focusing on promoting my album and touring the country. We’ll also be launching something on the 12th of November. But leading up to that, we’ll be doing mini shows in every province that we go to.

We live in a world where facts and fiction get blurred
In times of uncertainty you need journalism you can trust. For 14 free days, you can have access to a world of in-depth analyses, investigative journalism, top opinions and a range of features. Journalism strengthens democracy. Invest in the future today. Thereafter you will be billed R75 per month. You can cancel anytime and if you cancel within 14 days you won't be billed.
Subscribe to News24
Related Links
Dr Tumi – At the Frontline of Healing
5 Minutes with Blaq Diamond
“I feel ready to share a part of my true being,” Boity Thulo on her reality show
Next on TrueLove
Rushda on joining RHOCPT - ‘People will enjoy my looks and unproblematic energy’