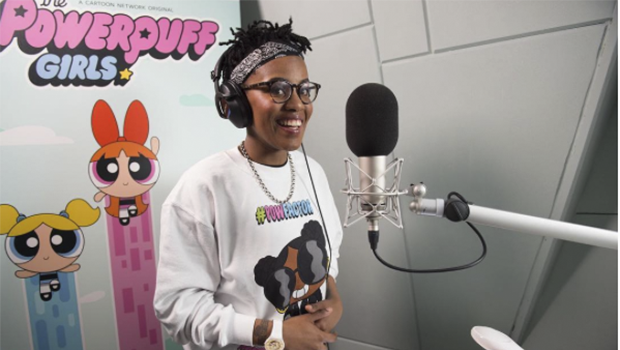 The singer will be the voice of Bliss, the fourth Powerpuff Girl in the popular kiddies show Powerpuff Girls. The character will be part of a five-part special titled The Powerpuff Girls: Power of Four for Cartoon Network Africa. Bliss is the longlost sister to Blossom, Bubbles and Buttercup. The special episode will premiere at this year’s DStv Delicious International Food & Music Festival on Saturday, 7 October.

In 2014, the radio and TV personality bagged the role of Rita the Cheetah in Disney’s Doc McStuffins. Unathi also voiced the character for an episode called No Sweetah Cheetah.

It was recently announced that the veteran actor scored an impressive role as Rafiki, on Jon Favreau’s remake of the iconic Lion King which will be released in 2019.  Also in the remake are Danold Glover (Simba), Seth Rogen (Pumbaa) and James Earl Jones (Mufasa).

The singer-songwriter recorded a local version of How Far I’ll Go in 2016. It’s the theme song from Disney’s animated film Moana that hit the big screen in December 2016. The song was credited in the South African version of the movie and is also available in the local iTunes store.