We asked our friends at M&M, the world’s sharable snack to recommend movies to help you snuggle up with your loved ones this June. Worry not; they’ve got something for everyone. After surviving a near fatal bovine attack, a disfigured cafeteria chef (Wade Wilson played by Ryan Reynolds) struggles to fulfill his dream of becoming Mayberry’s hottest bartender while also learning to cope with his lost sense of taste. Searching to regain his spice for life, as well as a flux capacitor, Wade must battle ninjas, the Yakuza, and a pack of sexually aggressive canines, as he journeys around the world to discover the importance of family, friendship. He finds a new taste for adventure and earning the coveted coffee mug title of World’s Best Lover. Five years, eight months, 12 days and counting - that's how long Debbie Ocean (Sandra Bullock) has been devising the biggest heist of her life. She knows what it's going to take - a team of the best people in the field, starting with her partner-in-crime Lou Miller (Cate Blanchett). Together, they recruit a crew of specialists, including jeweller Amita, street-con Constance, suburban mom Tammy, hacker Nine Ball (Rihanna), and fashion designer Rose. Their target is a necklace that's worth more than $150 million.

Feel like sitting on the edge of your seat?

The Break in (Thriller, Drama) 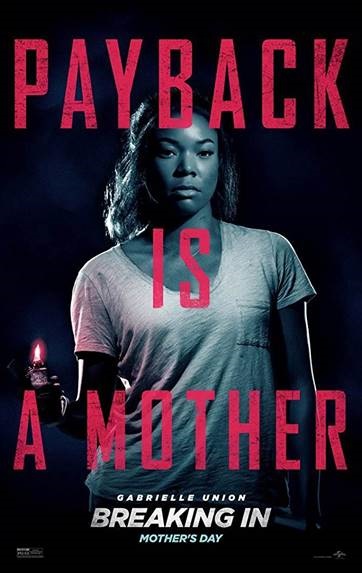 Shaun Russell (Gabrielle Union) takes her son and daughter on a weekend getaway to her late father's secluded, high-tech vacation home in the countryside. The family soon gets an unwelcome surprise when four men break into the house to find hidden money. After managing to escape, Shaun must now figure out a way to turn the tables on the desperate thieves and save her captive children.

Something for the whole family The sequel to Mama Mia, Sophie (Amanda Seyfried) finds out more about her mother's (played by Meryl Streep) past while seeking guidance on how to handle her pregnancy.