Nomalanga Shozi is the new host of Behind The Story.
Supplied to TRUELOVE

We were first introduced to her when she beat over 5000 auditionees to get the role of Nomalanga on e.tv soapie, Rhythm City, back in 2016.

Now, 5 years later, Nomalanga ‘The Flame’ Shozi has built a solid name for herself in the entertainment industry. The Gagasi FM radio host has reached another milestone in her illustrious career by being announced as the new host for season 5 of BET Africa’s Behind The Story (BTS).

The previous four seasons of the show were hosted by media personality, Pearl Thusi, who had sat down with a number of celebrity guests to get up close and personal with them.

While Nomalanga acknowledges that she’s got big shoes to fill, she says that she’s excited to take over from Pearl and that this opportunity means that she too is being seen on the same level as the Queen Sono actress.

“I'm really excited to have Pearl handover the baton to me; the journey on BET and BET Africa has been amazing and I have grown immensely,” she tells TRUELOVE.

“Behind The Story was hosted by such an established presenter who exuded black female excellence and has a global name. Look at her resume and the things that she's done. For me, it just says that ‘we see you on that level. So, you know, here's your thing, run with it’. And it's amazing. I'm really, really excited,” she adds. 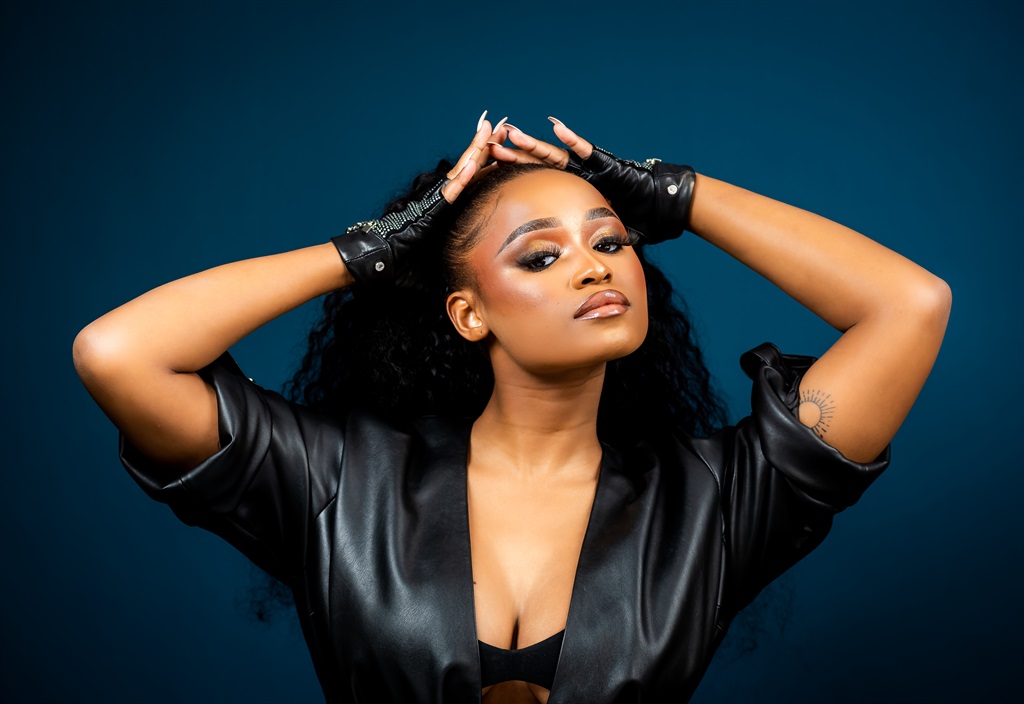 She tells us more about what to expect on the fifth season, her journey in the industry as well as her acting career.

What can fans expect to see in the new season of the show?

The format has changed from the previous seasons and it is going to be fun and interesting to watch. I will be engaging with some of Msanzi’s A-listers and icons. I will be driving them to some of the destinations that made them or places that contributed to who they are today; we are going to re- live some of their experiences, places they grew up in and see where their stories began.

What will you be bringing to the show this season?

The new format will allow me to bring in my own style and newness to the show. More than anything, I would like to carve my own path; showing audiences who I am as an interviewer is really important to me. I do radio, and I've done many other shows where I get to interview people, but it's never been in such a long format.

How would you describe your journey in the industry so far?

The journey has been exciting, I have learnt that you needs to stay true to yourself, nurture relationships and pace yourself. The values that were instilled in me back at home have helped me make informed decisions and to wisely navigate the industry. Knowing where I come from has helped keep me grounded and strong. The Covid pandemic turned the world upside down, especially in the entertainment industry, and it was an eye opener that we need back up and to have something to fall back on.

I have engaged and rubbed shoulders with local and international stars like Common, Angela Bassett and Brandy just to name a few. I did all of this while working on the BET Soul Train Awards, BET Awards as well as Black Girls Rock shows. These have been some of my career highlights. Apart from TV and radio presenting, we’ve also seen you star in productions such as Rhythm City. Will we get to see more of Nomalanga as an actress in the near future?

I have the world to conquer and I want to solidify myself in the acting space. Sometimes people forget that my first entrance to this industry was through my acting. Yes, I'm a multi-talented and multi-faceted young black queen! At the core of my spirit, I love embodying a character, taking a script and bringing it to life, and I want to do on a global platform.

What more does Nomalanga have in store for fans for the rest of 2021?

I’ll be continuing with BET Africa as the host of BET breaks; I'll also still be Gagasi FM's afternoon drive host, host of Behind The story, hosting events and brand partnerships, and exploring more acting roles.

We live in a world where facts and fiction get blurred
In times of uncertainty you need journalism you can trust. For 14 free days, you can have access to a world of in-depth analyses, investigative journalism, top opinions and a range of features. Journalism strengthens democracy. Invest in the future today. Thereafter you will be billed R75 per month. You can cancel anytime and if you cancel within 14 days you won't be billed.
Subscribe to News24
Related Links
#Stylecrush: Nomalanga Shozi
Rami Chuene makes her presenting debut in new relationship reality show
Anele Zondo bags big presenting gig on African channel, HONEY
Next on TrueLove
EXCLUSIVE | Inside the set of BET’s Redemption with Kwanele Mthethwa and more