“Some people won’t even acknowledge that patriarchy is poisonous and a danger to our society.” Lebogang Rasethaba, director of The People vs Patriarchy Please tell us about the idea behind The People vs Patriarchy, how did it come about?

The conversation started last year after we did The People versus the Rainbow nation. It’s a natural extension of me and MTV making socially conscious films, and I guess what the universe demanded of us. We didn’t decide to make this film, it was decided by the current social climate and we just responded accordingly. As a filmmaker you always have to be sensitive the whims of the time you live.

What kind of mindset were you in when you started shooting the doccie?

I just had to shut up and listen, and humble myself to the reality that no matter what I will never really fully get it. So I asked lots of questions, read a lot and observed. I read an amazing quote, I paraphrase but it went something a little like this, “behind every man on the path of self-awareness is a bunch of feminists who are tired of explaining things to him”. I exhausted my relationships with some really strong females friends who were willing to answer some really dumb questions to help me out and I am really grateful to them. My producer Jasmyn was an invaluable asset to this film; she was the light that illuminated the path.

The people who are featured on the documentary, how did they get to be a part of it? What was the process behind it?

I think it’s important to remember that we are all at different stages of this journey of engaging with patriarchy. Some people have been on this journey for years, some are beginning and others don’t even know there is a journey. It’s really about getting a cross section of voices that represents the idea of “the people” as accurately as possible. We choose people at different stages of the journey, and put them in a room to have the conversation. 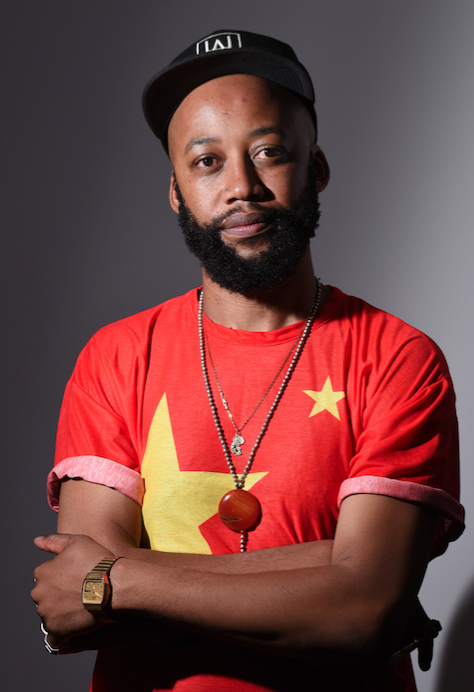 Where was the documentary shot? How long did it take?

Cape Town, Durban and Johannesburg. We shot it over a couple of months but mentally I had been making it since last year.

What is the point of the documentary? What are you hoping the public gets out of it?

We want people to talk. Some people aren’t even willing to have this conversation; they won’t even acknowledge that patriarchy is a poison and a danger to our society. So a level of self-awareness and self-reflection would be a good start.

After watching the show, some people might feel triggered. Is that some of the reaction you’re hoping to get?

Not at all; the intention was to show the link between patriarchy and gender based violence. We were hoping to connect the dots, like because of patriarchy women are getting abused and killed. So the denialists and defenders see the dangers of what they perceive to be normal, innocent, unchecked thoughts and behaviours. We wanted to remove the veil of ignorance by illustrating patriarchy at its worst point Sorry you were triggered. It’s disheartening to realise that for men to realise the evil of their ways, women have to suffer.

What are your thoughts on patriarchy?

My thoughts are all reflected in the film. It’s a small minded view of the world that is dangerous and no one really wins, we all lose. I really hate it, especially because I am it. I can’t escape it. I live it daily. And my personal struggle with it is not even a fraction of what women deal with because of men, men like me.

There are talks of the last instalment of the trilogy but I can’t even think of that right now. I am just trying to get as many people as possible to watch this film. The People vs Patriarchy premieres on MTV (DStv channel 130) on Wednesday 29 November @ 21:15 CAT It is a documentary directed by Lebogang Rasethaba on behalf of MTV. Watch the teaser below.