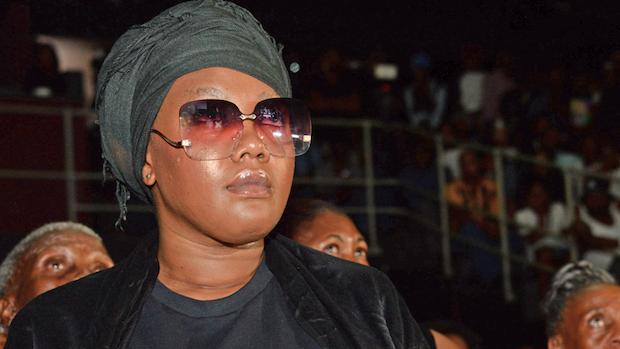 Hip-hop musician HHP died last week, and while the cause of his death has not been confirmed, it's suspected to be suicide. The star had previously opened up about suffering from depression.

In a series of tweets yesterday, eNCA senior political reporter Samkele Maseko revealed that Tsambo's customary wife Sengadi had "filed papers" to halt Tsambo’s funeral and is "demanding to know the whereabouts of the deceased’s remains”. Sengadi says that she and HHP had became romantically involved in 2009 and claims that Tsambo paid R35 000 for lobola. The rapper’s family denies the existence of this marriage.

According to David Thomson, senior legal adviser at Sanlam, for a partnership to be recognised as valid under customary law, the following requirements must be met:

What the law says: Nthabiseng Monareng, an independent family law specialist, explains that in terms of the Recognition of Customary Marriages Act, for a marriage to be regarded as a customary marriage, the woman must be handed over as a wife.

“This involves performing traditional ceremonies where the woman is taken to the male partner’s family. If the male partner only pays lobola and the woman is not handed over as a wife, this will not be legally recognised as customary law marriage. Should the couple separate, there’s no claim to property, unless for those that are jointly owned,” Monareng says.

The Tsambo family representative says the marriage is inconclusive until the bride is taken to the family home of the groom and handed over to them. They argue that this process did not take place, thus the marriage is invalid. Sengadi on the other hand maintains that she has a video of the wedding celebration.

There are no benefits to separating from an estate planning point of view, says Thomson. “Separation carries no legal weight – you are still married and you don’t have the benefit of legal rules to regulate the ramifications of the separation.

“The only way to divorce is through a court with a signed settlement agreement made by an Order of Court, Thomson explains.

So, if you’re looking into getting married the traditional or customary way, make sure you consult a lawyer.

The battle for who will bury hip-hop star HHP continues at the Johannesburg High Court.

We live in a world where facts and fiction get blurred
In times of uncertainty you need journalism you can trust. For 14 free days, you can have access to a world of in-depth analyses, investigative journalism, top opinions and a range of features. Journalism strengthens democracy. Invest in the future today. Thereafter you will be billed R75 per month. You can cancel anytime and if you cancel within 14 days you won't be billed.
Subscribe to News24
Related Links
Becoming Mrs... nah, just kidding. I'm keeping my surname
Zulu weddings: traditional versus modern ceremonies
"I went from a modern city girl to a rural Xhosa wife"
Next on TrueLove
5 things to know about South Africa’s new deputy chief justice, Mandisa Maya