'You've come a long way, black gays' read large signs at the entrance to KwaMashu in KZN. It's probably true – the proof is that the signs are still undamaged, unlike the defaced margarine ads alongside.

There is strong disapproval of homosexuality inherent in many black African cultures – as demonstrated by President Robert Mugabe's discrimination against gays in Zimbabwe and, more recently, Namibian president Sam Nujoma advocating the arrest, imprisonment and deportation of homosexuals.

Is 'sexual conversion' possible?
Nevertheless, in SA – which guarantees freedom of sexual orientation in its legislation – more and more gays 'come out' every year, most shebeens welcome gay clientele and Meadowlands in Soweto and Sebokeng near Vereeniging are widely recognised as gay-friendly townships. Yet, despite this acceptance, de-gaying – or attempting to convert gays into heterosexuals – is an ongoing concern in many charismatic churches.

In Durban it's escalating to such an extent that the Gay and Lesbian Community & Health Centre has a full-time religious projects co-ordinator. He plans workshops with the churches who still regard homosexuality as an abomination and arranges religious counselling from gay-friendly pastors for those who need it.

'There is still prejudice, fear and discrimination around,' says Nonhlanhla Mkhize, the centre manager. 'Many gays, particularly those from small towns and traditional families, hide their sexuality. Others have been intimidated by preachers quoting the scriptures. This makes them easy targets for churches offering conversion to a heterosexual lifestyle.'

It also raises a fundamental issue: is sexual conversion possible? Those secure in their identity say it isn't. Others feel that if their motivation is strong enough, miracles may yet happen. Den, 28, feels he can change. 'I want a family and, with the help of God, I'll have one.'

God is Den's last hope, because willpower and psychiatry have failed him. 'Dating, marriage and parenthood are normal for most young men, but it's different for me because I'm gay,' he says. 'I struggled against it until I moved to Durban. Then I met others like me, so I just relaxed and enjoyed it. For the first time I felt comfortable with my real identity and was happy.'

Then disaster struck. Den's brother was killed, his father had a heart attack and he had to go home. 'My parents are old and broken. They expect a daughter-in-law to look after them, grandchildren to love and, above all, another generation for our family business, which they've worked very hard to build.

'What a mess! I've known I was gay since childhood, long before I first had sex with another boy. Now, 20 years later, I'm expected to turn to women!'

Week by week the pressure mounted for Den. The elders spoke to him, the sangoma mixed love potions and, worst of all, he began to feel that perhaps his lifestyle was wrong. He knew his parents would never accept he was gay and his guilt turned into depression. 'In the end, I got desperate,' he recalls. 'I tried Prozac and counselling, but I just couldn't kick my feelings.'

Then, suddenly, Den's doubts ended. He drifted into His People, a charismatic church, in which God is presented as a readily accessible figure who does not speak the old-fashioned language of the Bible, but uses trendy, modern jargon.

'Something happened to me in that worship centre ? I joined an army that mobilises itself to fight Satan's kingdom on the streets,' he says. 'It also confirmed my fears that homosexuality was wrong because the Bible says: "You shall not lie with a male as one lies with a female. It is an abomination." The great thing is that this church provides help for people like me.'

You can't stop emotions
Nonhlanhla Mkhize sees her homosexuality very differently. 'I can never change the way I am ? I've always been like this,' she says.

'You can't stop emotions and attraction. When my friends started dating boys, I wasn't interested. I'd been in a relationship with a woman for two years before I heard the word "lesbian". In fact, I had to look it up in a dictionary.'

'I find many guys attractive, but a relationship with one is just not on. There's no way I could be sexually happy in a marriage, though I've nothing against men.'

Logie Reddy, 35, part-time lecturer at Natal University, agrees with Nonhlanhla that one cannot change one's sexual identity. 'What people don't realise is that being gay is mental as well as sexual. It's black and white, not grey. I've known people who've tried to cross the line and it's never successful. They've done it for religion, their church or to conform, but they seldom succeed in the long term.'

More than this, say most gay people, 'straight' people rarely realise that it is as natural and instinctive for a gay person to desire someone of their own sex as it is for a heterosexual person to desire someone of the opposite sex. And, just as the thought of same-sex intercourse is abhorrent to many heterosexuals, the reverse is also true ? for gay people, the thought of heterosexual intercourse is repellent and unnatural.

All the charismatic churches interviewed, including the Church of Scientology, said they offered courses to help gays change, but many were vague as to methodology, professional qualifications for counsellors (apart from fervent religious motivation and goodwill) or success rates.

'Curing' gays
Pastor Des Marshall of the Durban Christian Church, who has studied psychology and worked at the Addington Hospital, was an exception.

'Gays come here, are blessed and 80% are "cured",' he says. 'The other 20% could be gay as the result of a hormonal imbalance. This is our limitation, so we send them to a doctor. Similarly, if drugs or alcohol are involved, we recommend specialist help.

'Most gays are products of their past, so we deal with inner healing and slowly introduce them to Christ. At the same time, they are loved and cared for by fellow Christians. God, the Bible and prayer definitely change their outlook.'

However, many would disagree with self-styled reformers who embark on crusades to 'cure' ? or even judge – homosexuality.

'No one "cures" gays,' says Reverend Les Ritson of the Universal Metropolitan Community Church, who has worked as a psychosexual therapist and seen aversion and electroconvulsive techniques used to no effect. He also points out that the American Psychological Association declared 'reparative therapy' ? or so-called conversion therapies ? ineffectual and harmful three years ago.

Bible-based discrimination
Much controversy also exists regarding Biblical-based discrimination against gays. The Universal Metropolitan Community Church was founded in 1968 by American Troy Perry, a gay, who left his church because of the homophobic preaching of its minister.

A Biblical scholar, Reverend Les points out that some of the Bible's original meaning has been lost in translation during the last 2 000 years. 'The Bible does state that homosexuality is a sin, but verses are often taken out of context and not seen within the era for which they were written,' he says.

Related Links
The right to equality
Darling I'm gay
Pretty, witty and gay
Share
Next on TrueLove
Supporting a partner with mental illness 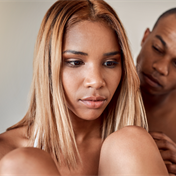