Should you give him a second chance or not? 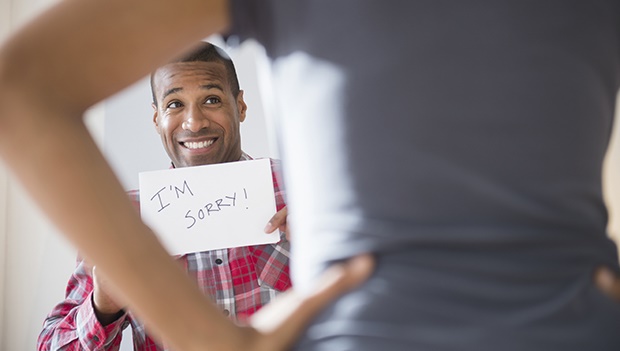 Can you fix it?

There are certain situations that aren’t fixable and this varies per couple. If the problem occurs again and again there really is no hope and a second chance should definitely not be on the cards.

An apology without meaning is the same as no apology at all. If he takes notice of his faults and admits to them then you could possibly give him a second chance to prove himself. A change in behaviour is also required as there’s only so many second chances you can give.

You were both at fault

Sometimes after taking time to reassess the situation you might realise that as much you want to blame your partner, you’re partly a part of the problem as well. This can give you a chance to work on the problem together to avoid repeating it again.

He doesn’t own up

The least he can do is own up to his mistakes and if he constantly wants to turn this on you, you might want to consider moving on. By doing this he’s only trying to manipulate you, don’t let him.

It affects your confidence

At times you fall in love at the wrong time with the wrong person but you only get to realise this at a later stage of the relationship. Your instincts will let you know that the person you’re with is wrong for you. Ignoring your gut feeling will only make things worse by killing your confidence in the long run.

Respect goes both ways, you can’t give what you aren’t getting in return. Second chances are earned and if he continues mistreating you there’s no chance that he’ll change to be a better man.

We live in a world where facts and fiction get blurred
In times of uncertainty you need journalism you can trust. For 14 free days, you can have access to a world of in-depth analyses, investigative journalism, top opinions and a range of features. Journalism strengthens democracy. Invest in the future today. Thereafter you will be billed R75 per month. You can cancel anytime and if you cancel within 14 days you won't be billed.
Subscribe to News24
Next on TrueLove
All you need to know about vabbing: TikTok’s new trend of attracting men