'Being on The River was an absolute dream' - Zenokuhle Maseko 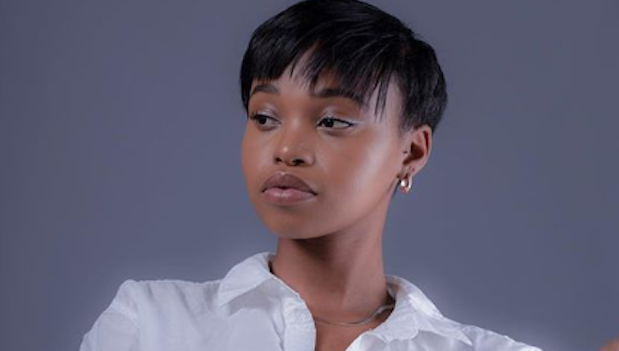 My role on The River was my first acting gig. I went to the audition and got a call about two weeks later confirming I got the role. I had gone to audition for Faith, but was evidently better-suited as Mbali, which I have no regrets about!

Acting hasn’t always been my passion, although I’ve always loved performing. As soon as the opportunity arose for me to portray Mbali, I grabbed it with both hands and didn’t look back. It took a lot for me to get out of my shell and make sure I execute Mbali excellently and professionally because I’m an introvert and extremely shy. My character and I are completely opposites, so I had to go into places I never imagined and be a person I never thought I’d be.

My experience on The River has been nothing short of amazing. I had a close relationship with everyone, and loved the fact that it was such a safe, loving space. It always felt like I was leaving home to go home (work). They’re a crazy fun bunch, who are extremely hardworking and dedicated to performing to their level best. That’s one of the things I deeply admired about them – professionalism and a healthy, supportive environment.

My last scene was the most difficult to shoot. There was a sense of finality with it. Every other scene I had shot for the past two years was with the intention to come back the next day. I was always going to come back home. But with the last scene, I wasn’t.

READ MORE: Minnie Dlamini opens up about the fat-shaming and pregnancy rumours

On a lighter note though, it was a platform for me to express and fully experience Mbali’s journey for the past two years. I got to witness the fruit of what we’ve been shooting since 2017. I had to let me character take over, because her experience and feelings aren’t something I’ve been told or can get from a character bible. These were events that Mbali and I had lived and shot, and we had to re-tell that. It was a final goodbye, and I really believed I did her justice.

After shooting my last scene, The River team threw me a heart-warming farewell, which was the best way to de-role. It was a great send-off with gifts, laughs and of course, tears. It was a good way to de-role and get out of the dark place I was in.

You can definitely expect me on screen soon. Until then, my main focus will be school.

The five things people don’t know about me are…

1. I’m into performance cars and speed

2. I’m not into the acting only, I dream of being a producer/director one day

3. I love languages and am keen to learn more South African languages

4. I appreciate our African heritage

READ MORE: “I can take whatever you give me – big or small – and make magic out of it,” says Nambitha Ben-Mazwi

The entertainment isn’t as cold as it’s portrayed. I didn’t experience the wild side that we see in movies with drugs, alcohol and loneliness. If anything, my work environment was filled with so much love. It felt so good to be at work and I truly understood that if you find/do something that you love, you won’t have to work a day in your life. Being on The River was an absolute dream.