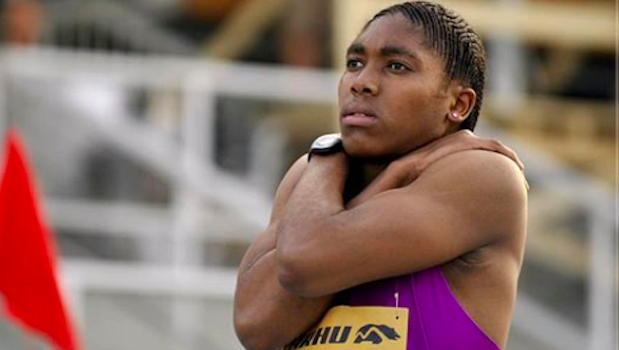 TIME Magazine’s annual Most Influential People list is an assortment of shapers and influencers of society. This year features political heavyweights like US president Donald Trump, world renowned entertainers like Ariana Grande and pioneers like tennis sensation Naomi Osaka.

The feature is accompanied by a write-up from another influencer or correspondent, explaining exactly why the honouree has been featured.

READ MORE: 10 things we love about one of our top women athletes of all time, Caster Semenya

Olympic champion Caster Semenya is honoured under the magazine’s ICON category for her resilience to the politics surrounding who she is, as regulatory bodies are making moves to define athletes by their biological features and hormone levels.

“If successful, Semenya’s effort could open the door for all who identify as women to compete in track events without having to first medically lower their testosterone levels below a proposed limit,” the tribute read that was penned by two-time Olympic gold medallist, Edwin Moses.

“However it is addressed, Semenya will have already made a singular historical contribution to our understanding of biological sex,” Moses wrote.

President Cyril Ramaphosa was also honoured in the 2019 list under the LEADERS category. Vivienne Walt wrote the tribute that accompanied the honour.

Daily Show host Trevor Noah in 2018, South African medical doctor and AIDS researcher, Glenda Gray in 2017, and professor Lee Berger and Wits scientists for their work on Homo naledi in 2016 are some of the other South Africans to make the list in previous years.

We live in a world where facts and fiction get blurred
In times of uncertainty you need journalism you can trust. For 14 free days, you can have access to a world of in-depth analyses, investigative journalism, top opinions and a range of features. Journalism strengthens democracy. Invest in the future today. Thereafter you will be billed R75 per month. You can cancel anytime and if you cancel within 14 days you won't be billed.
Subscribe to News24
Related Links
Caster Semenya slays on ELLE's latest cover
10 things we love about one of our top women athletes of all time, Caster Semenya
Caster Semenya's viral Nike ad gives us goosebumps and reminded us of these other tearjerkers...
Next on TrueLove
5 minutes with writer and creative producer Mahlogonolo “Manchester” Mahapa