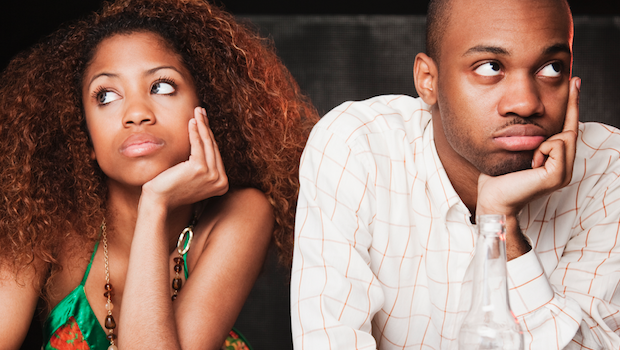 When you’re in love, it feels as if everything else around you is non-existent and that anything can be conquered. Although that could be mostly true, when you mix in certain relationship behaviour, things can turn sour between the two of you very quickly.

According to relationship coach Brooke Genn, on Insider.com, one of the most ignored mistakes that people make in relationships is leaving their feelings out of it. “It may sound counter-intuitive, as feelings seem to stir things up, but knowing how your partner feels is important, and identifying how you feel is equally vital,” she says.

Quite often, some people do things without knowing that they are hurting their partner. Here are five bad behaviour traits that you must avoid if you want a healthy relationship:

READ MORE:  "Ubungoma is the full girth of our honesty," - Dineo Langa

This is one bad habit that most people are guilty of. Although it might seem like a good idea to not speak to your partner after an argument, relationship coach David Bennett, on Insider.com, advises not to do that. “Multiple scientific studies show that the ‘silent treatment’ harms relationships and leads to less relationship satisfaction,” he says. “Avoid this deadly treatment and instead communicate openly and honestly with your partner.”

Keeping your feelings to yourself seems easier than expressing them and risking causing a fight, but sexologist and relationship expert, Megan Stubbs, on Insider.com, says that could really harm your relationship. “If you’re upset, the best thing to do is to say so. You might want to come off as non-confrontational, but ultimately that doesn’t do you or your relationship any good. When you bottle up your emotions you can grow resentments towards your partner. Those can fester and result in a huge blow-up that could’ve been avoided if you addressed the concern from the beginning. Your partner is not a mind reader, so if they ask you, answer honestly and communicate about it,” she says.

READ MORE: Here's how to protect yourself from sexually transmitted debt

Not having enough ‘me time’

This might come as a shock because you probably want to spend every waking moment with your partner, but according to Independent, a bit of space can only be a good thing and maintaining independence is important in relationships. “Having separate interests is one of the key ingredients to a happy relationship. Without this, then one or both partners could end up feeling suffocated and you could run out of things to talk about. Having separate interests will improve your confidence and you may find your partner even misses you while you’re gone.”

Letting your friends get too involved in your relationship

Whenever something (good or bad) is going on in your relationship, the first thing most people do is to run to their friends or family members to discuss it. Matchmaker and dating expert, Stefanie Safran, on Insider.com, says you should eliminate it from your behaviour. "If you ask your friends things they may not agree. Some friends are not ‘pro’ relationships,” she said. “Limit who you trust to a small few and understand that certain topics are not up for discussion.”

READ MORE: What NOT to do when your partner cheats

It goes without saying that even the most relaxed people don’t want to be repeatedly criticised. According to UK Independent Newspaper, when people have grown close together, sometimes the lines can get blurry and one might not see if they’re being too critical. “If something’s bothering you, it’s important to talk about it but instead of moaning at them then and there, consider finding a time when you’re both free to chat, free of distractions,” the Independent suggests.