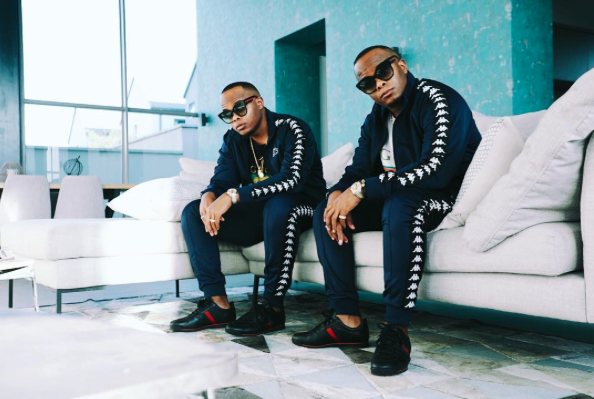 Being identical twins many of their fans cannot tell them apart, but Bandile says it’s easy. “Banele has a scar on the right side of his face, and I’m shorter than him.” The twins have two older brothers. “Our family moved back to South Africa when we were four years old. Our dad is Xhosa and mom Zulu, but we can’t speak either language – even though we can understand it.” Banele adds: “When we got to SA, we grew up among white kids. Our father, who was in exile, lived in America for 35 years and mom for 25 years, so they were pretty much American. That culture stuck with us, so our household was more American than local.”

In 2003, the twins’ father – who was a South African ambassador in Rwanda – passed away from a sudden heart attack while on a business trip. “We were 13 when dad passed away,” Bandile remembers. “He used to do a lot for us, especially financially. But in hindsight, we wouldn’t be where we are if he hadn’t died. We were forced to work hard and pursue success more vigorously. The realisation with his death was to never depend on anyone. Love them, but never depend on them. That incident made us stronger, and more aware that loved ones can be taken away from you.”

For Banele, who has a four-year-old son, it also reinforced the importance of being a present and active father. “Our dad’s brother stepped in as a father figure; he did everything and mentored us too,” he says. Their mother still plays an active role in raising the boys to be men. She’s a director at the Department of Social Development, and works as a social worker. Bandile admits: “We’re very close to Mom; we chat to her constantly. We’re lucky that because of her career, she understood that she needed to let us do what we love and be supportive of it. She raised us based on our individuality – not age, or being twins.”

On their future plans: