Busisiwe Mtshali and her partner, plus other celebrity couples who are expecting bundles of joy It seems 2022 is blooming with bundles of joy and among the latest celebrity couples to make a pregnancy announcement is Busisiwe Mtshali, who is well known for her role in the sitcom Thandeka’s Diary, and her partner Khotso Leepile.

Busisiwe announced her pregnancy on her Instagram page with a series of photos from a maternity shoot with her partner.

The actress and her partner Khotso show off her baby bump in black and white outfits.

"It’s a scary thing opening up in this way but I’m so glad we did.. Thank you for celebrating our GREATEST JOY with us.. Hubs and I are over the moon!!" she captions one of her posts while thanking her fans for their well wishes. 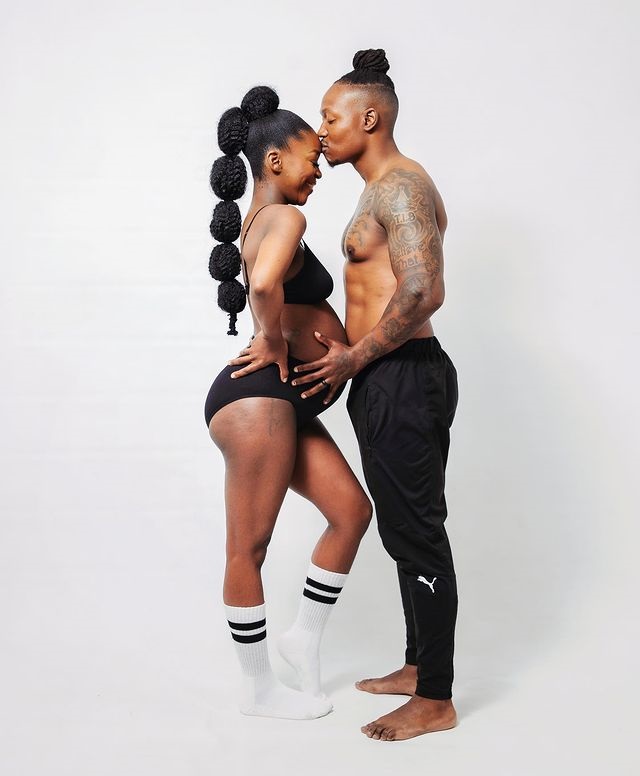 The actress is not the only one who took to social media for a pregnancy announcement recently. She is joined by TV stars Stephanie and Hungani Ndlovu, former YoTv presenter Sipho ‘Psyfo’ Ngwenya and his wife Aamirah as well as musicians Jhené Aiko and Big Sean as well as Leona Lewis and her husband Dennis Jauch who have also revealed that they are pregnant.

Stephanie and Hungani announced they were pregnant after opening up about a miscarriage they spoke openly about on their YouTube channel. Almost two years since they tied the knot, the pair took to Instagram to reveal they were pregnant in a cute baking video posted by Aamirah. Psyfo and his wife Aamirah.
@mirah_aamirah/Instagram

Following much speculation from fans, Jhené and Big Sean finally revealed they were expecting a little one in an Instagram photo posted by the signer. Earlier this year, Leona Lewis took to her Instagram to announce that she was pregnant in a post she captioned, "Can't wait to meet you in the Summer". We live in a world where facts and fiction get blurred
In times of uncertainty you need journalism you can trust. For 14 free days, you can have access to a world of in-depth analyses, investigative journalism, top opinions and a range of features. Journalism strengthens democracy. Invest in the future today. Thereafter you will be billed R75 per month. You can cancel anytime and if you cancel within 14 days you won't be billed.
Subscribe to News24
Next on TrueLove
GALLERY | Inside Netflix’s Justice Served premiere